I found out the Imray charts for yachting during my first trip to the West Indies, the late 80. All rental boats which I was involved were equipped with these charts, a smaller format so convenient to spread on the chart tables, Water resistant, folded and presented in robust clear pockets.

Featuring beautiful colors, very readable, they had many cartridges details of ports and anchorages, extremely useful for navigation.

This format, A few years later, largely inspired by SHOM for folded “P” pleasure cards. I sold it for several years in my shipchandler store in Nantes, and I always use a few copies I have treasured. 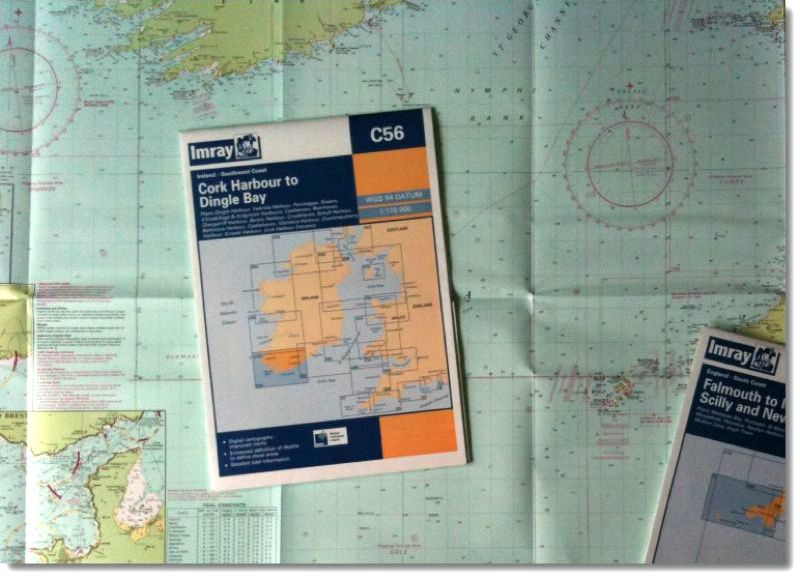 More than two centuries and a half later, in March 2011, Imray charts hit very hard in partnering with Tucabo to publish its charting on the iPhone and iPad, by including a navigation application of very high quality translated into seven languages.

(*) Tidal predictions beyond one day be derived from the application Tides Planner if it is installed on the same device.

The charts provided with the application updated with corrections up to February 2011. Until February 2012 they will be updated for free. The application will be replaced each year by a new version (Buy) with revised charts. 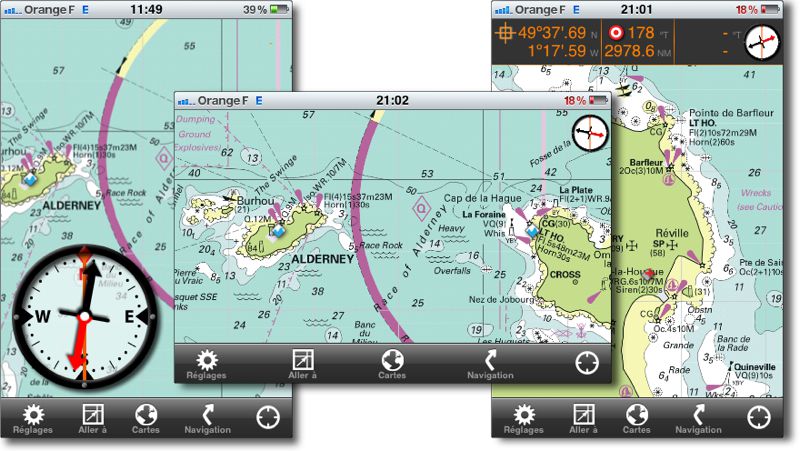 Imray had the good idea to provide a free version to get an idea of ​​all the features and use of their application. No limitations, except that only two general charts of the Channel are available, without detailed chart. 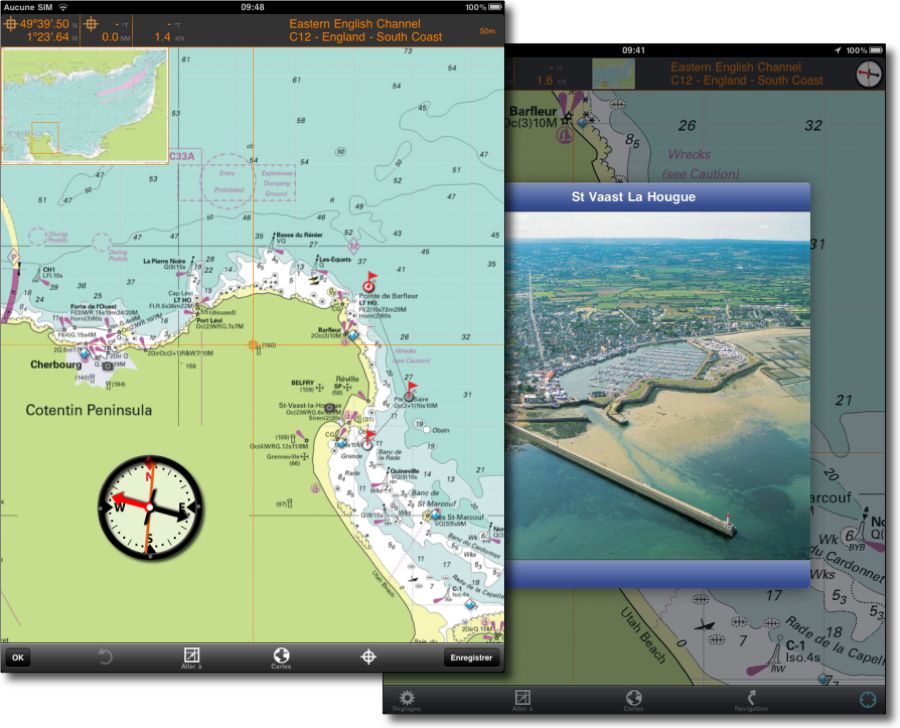 Without having tested at sea, is undoubtedly a better level of application of those we know about computer. Raster charting performed by Imray certainly made the most of those still available to date.

However, this type of scanned charting, although very attractive, I feel completely overwhelmed to use electronic. Vector technology is more suited to the digital display, where chart information are contained in separate files with much greater flexibility in viewing and ease of updating. In a word, that is chart of the 20th century with media of the 21st.

Given the technical quality of the application, and Imray cartographers indisputable technicality, I hope they will develop quickly to a vector charting.

At that time, they will probably be at the top level publishers of electronic navigation.

2 Replies to "Imray cards are coming to iPhone and iPad”