As in 2008 and 2009, Météo France is delivering a new version of Navimail² for the " Nautic " (you know, the new name of the Salon Nautique de Paris, it feels more "international").

No functional revolution in this application, but rather technical and cosmetic improvements.

Now two base charts, as set up :

On the chart at the bottom left and right now there is the dimension of the window displayed in nautical miles and kilometers. 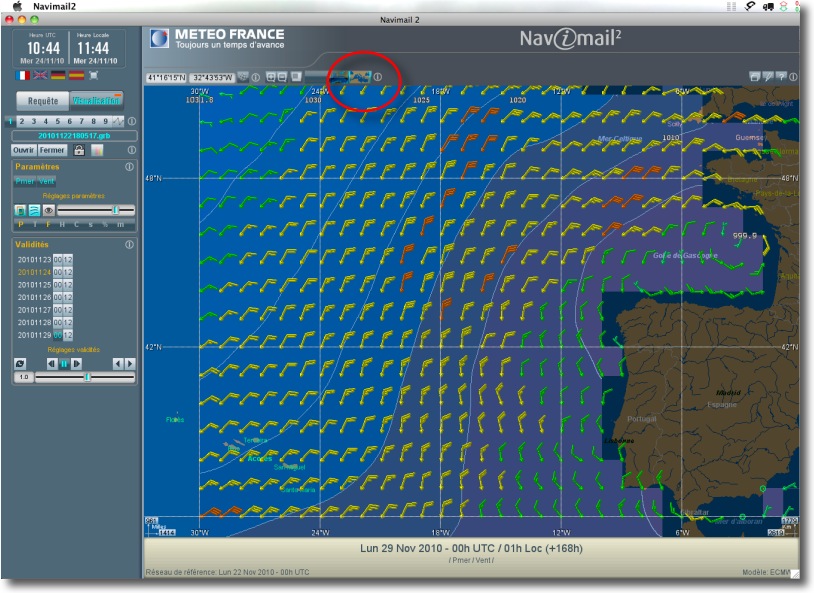 Technicals, then, in forecasts models

The GRIB file models have been redeployed and refined. The mesh of the model IFS model has been reduced to 7,5 nautical miles. It is used for global coverage for medium and long range (4 to 10 days). For shorter range, model Arpege French is used with a grid of 30 nautical miles. For Europe, model Arpege is used, but with a reduced grid 6 nautical miles. The overseas territories are much better served than before, with model Aladin with grid of 6 nautical miles and tight deadlines, hour by hour until 48 hours. Note that La Reunion has more of a wave model. Finally in France, model Arome very fine grid of 1,5 nautical miles covers the coast until Hourly 48 hours with very sophisticated forecast.

The areas covered by each model are visible on the map, regardless of the chosen background. 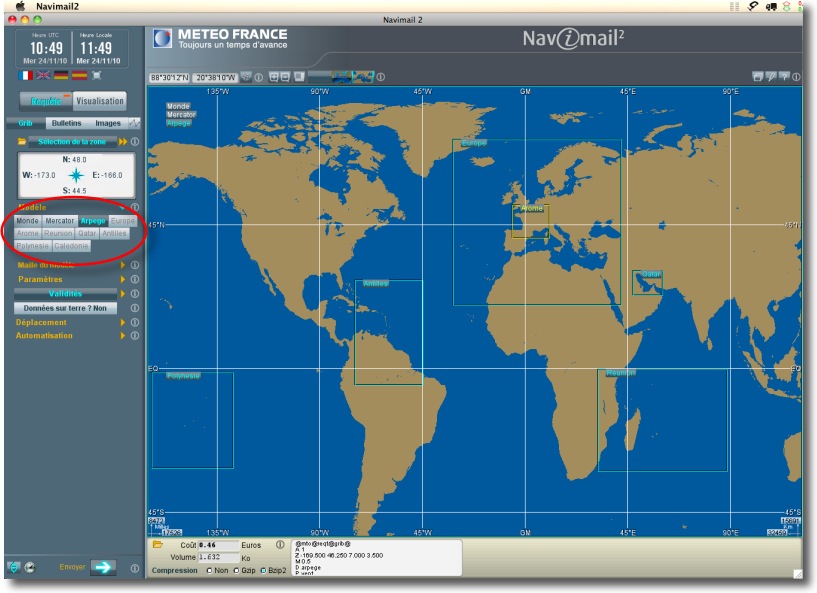 Areas of meteorological models on the chart

After many improvements and new features of version 2.1.2 June 2010, this new version seem somewhat disappointing. But this application is perfectly achieved, Team Patrick Le Lay was careful not to overload of unnecessary functions. Let us not forget that it is developed under Unix, for the sake of lightness, speed and, above all, universality, and Windows versions and OS X are just simple portage.