Needless to reverse the damage caused on the coast of Vendée and Charente Maritime, the media have made it largely echoed.

I just want me to use this episode to illustrate the severe weather forecast which was made, Saturday 27 February 12 UTC, available in GRIB files on the server Navimail with Meteo France :

Looking scroll these forecasts hour by hour, it acknowledges the speed of extremely fast moving low pressure center that will cross the Gulf of Biscay, thus 300 nautical miles between Saturday 06:00 PM and Sunday 01:00 AM, at an average speed of 35/40 knots. On the other hand, orientation to the west of strongest winds located south of the low pressure center that could foreshadow a strong rise in sea level at the coast (*), especially as the tide flood coincides with the arrival of the disturbance, high tide is expected shortly after 4:00 AM, with the most of the wind, with a coefficient of 102. 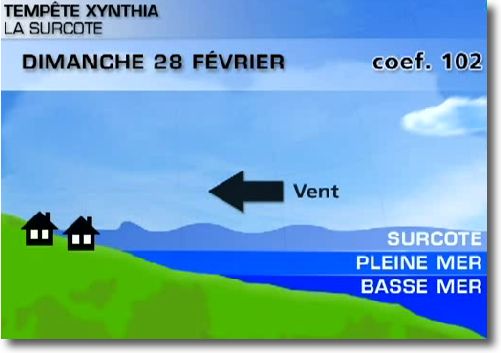 Indeed, trajectory shown by The Weather Channel shows the moving speed of the phenomenon, and unfortunately the damage and tragic loss of life are revealing. 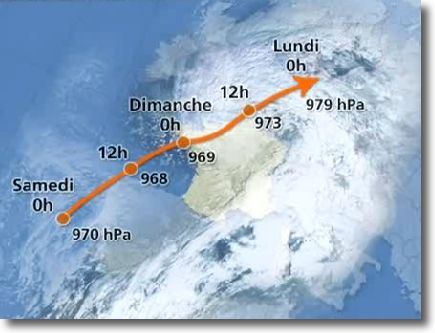 It is clear that with such rapidity, even with very accurate predictions a day in advance and the warnings of Météo France, it was impossible to put all the coastal population and material referred to shelter from the elements. 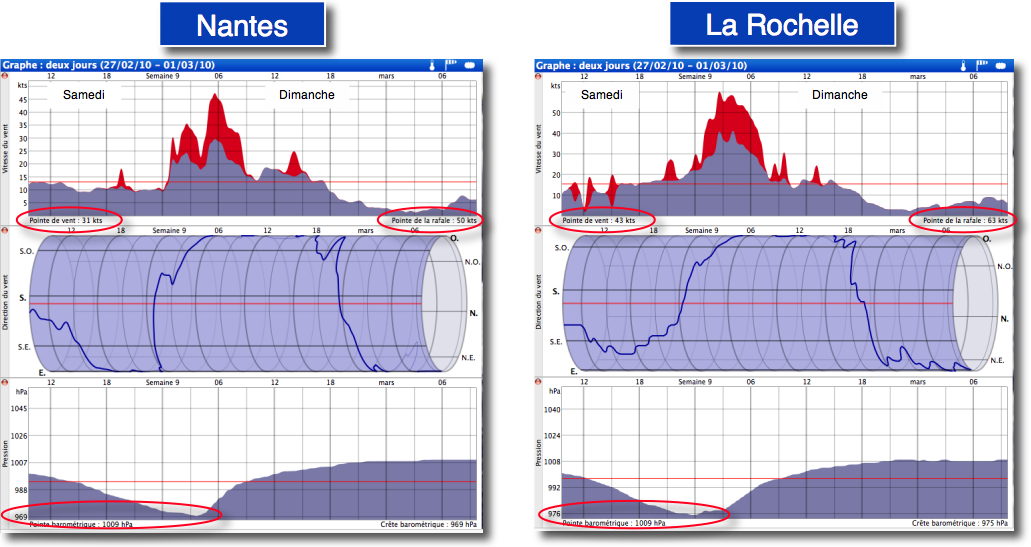 This type of phenomenon may unfortunately occur more frequently, at least that's what meteorologists think with whom I could converse. 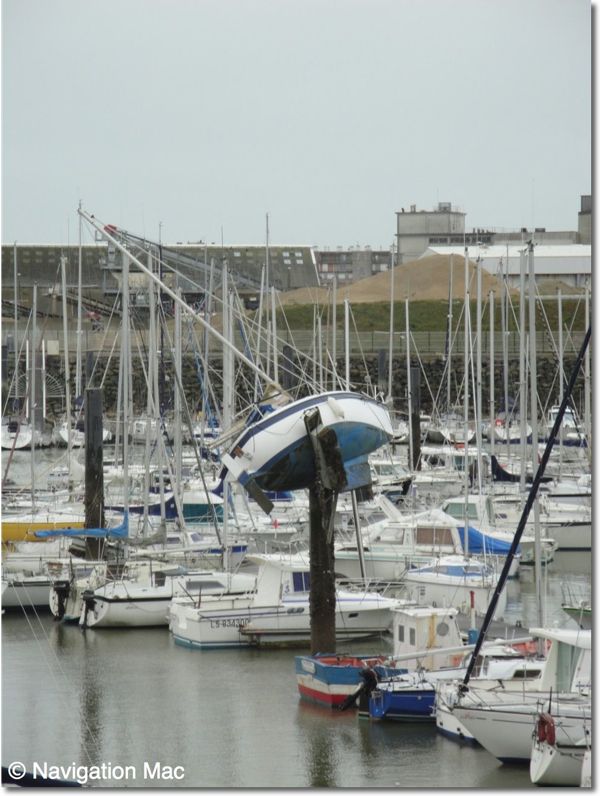