In a previous entry I talked about NGW-1 by Actisense company (¹), an NMEA 0183 converter to NMEA 2000 bidirectional.
Since then, This gateway has been available in several versions. Each of which can connect to the NMEA 2000 a range of specific instruments, and so combine their data with other NMEA 2000 instruments already present on the network. This can be particularly useful, in an installation mixing both protocols, to facilitate data transfers in iNavX. 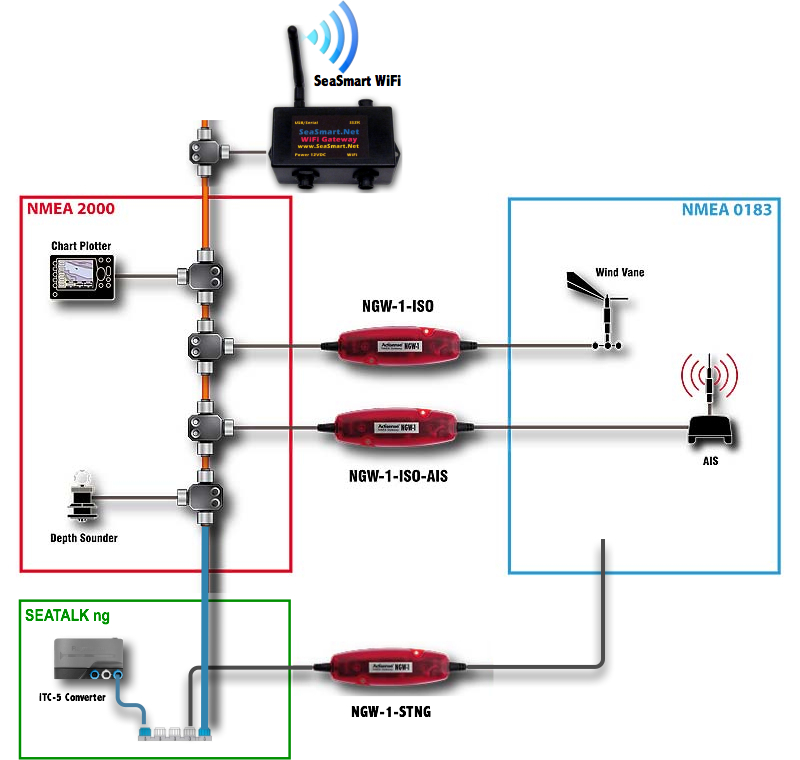 As seen in this diagram, all NMEA 0183 may be converted and added to the NMEA 2000, or SeaTalk NG (²) Raymarine. By connecting a SeaSmart WiFi (³) in this network, all data will then available for iNavX. So it prevents the use of an NMEA 0183 multiplexer since all data passes through the protocol NMEA 2000.