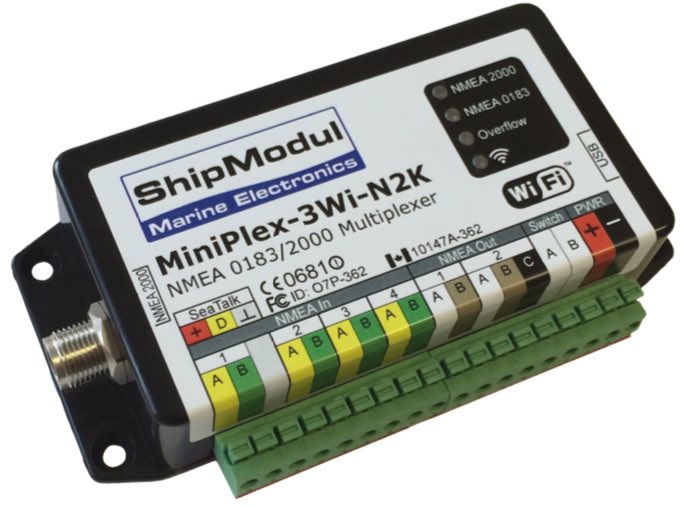 Expected for almost two years, hoped more, we despaired… but here it is in my hands. Alleluia ! Multiplexer Wi-Fi NMEA0183, gateway NMEA2000 and translator SeaTalk1 is available in France (¹).

The same size and as light as his little brother, Miniplex-2Wi (²), its plug terminal is significantly neater : no need for screwdriver, the connectors are equipped with spring clamps. The signage is also much more readable in color, and 4 lights leds allow a look to check the operation : strings scrolling NMEA2000 and/or NMEA0183, connection to a Wi-Fi device, and overflow if applicable.

But the apparent simplicity is misleading and the thing hides a real potential.

The Miniplex-3Wi-N2K (N2K for NMEA 2 Kilos), Once connected to the NMEA2000 network , converts data strings called PGNs (³) in NMEA0183 and SeaTalk¹ strings. And vice versa, it translates NMEA0183 data and SeaTalk¹ strings, in PGNs. The translation, on the fly, is bi-directional for the three protocols.

The conversion between NMEA2000 and NMEA0183 is done in both directions and for all NMEA0183 inputs and outputs on the MiniPlex-3, including connected devices (USB or Wi-Fi). It thus combines NMEA2000, NMEA0183 and SeaTalk¹ in a totally fluid way. NMEA0183 data from legacy devices is now available on new NMEA2000 plotters and autopilots. Similarly, all navigation software emitting NMEA0183 sentences will be able to transmit waypoints and control autopilots on an NMEA2000 network. This is a real evolution ! (⁴)

In other words, this means that with this unit, you can now mix several instruments using different communication protocols, SeaTalk¹, SeaTalkng, NMEA0183, NMEA2000, SimNet, aso., and be assured that an application like Weather4D 2.0, iNavX or iSailor,  will still be able to view the data and control autopilots, regardless of the brands and the communication protocols used.

No revolution on that point. The utility MPX-Config3 of Miniplex-3Wi is similar to that of Miniplex-2Wi, with some additions and modifications. The regulars will not be lost. 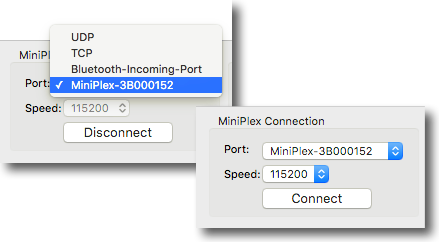 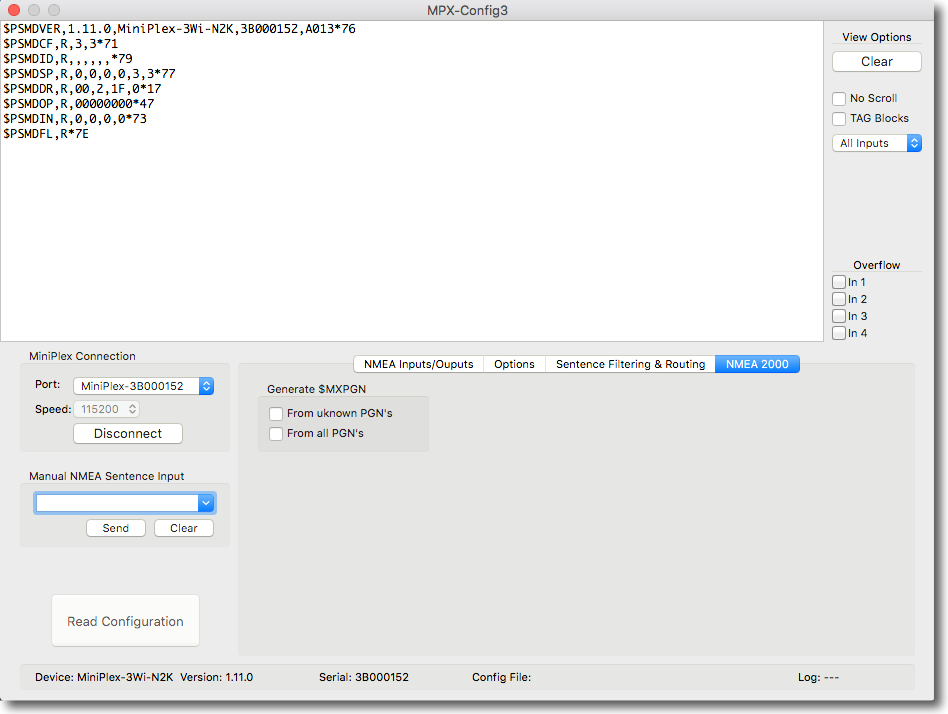 The port used to connect a SeaTalk1 network is now the entry port identified In1 "SeaTalk". (In4 with Miniplex-2), and a new tab NMEA2000 appeared, which does not currently offer two options concerning the treatment of the PGNs. Refer to the user manual included on the CD-Rom provided with the device. 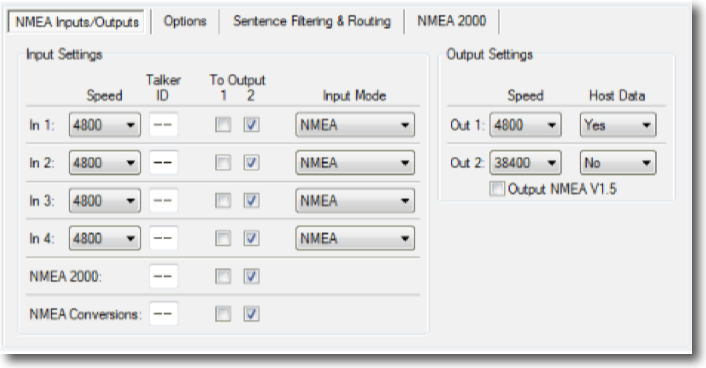 The following example is a configuration made by myself for a sailboat owner at his request . The configuration includes a Miniplex-3Wi-N2K to SeaTalkng network. 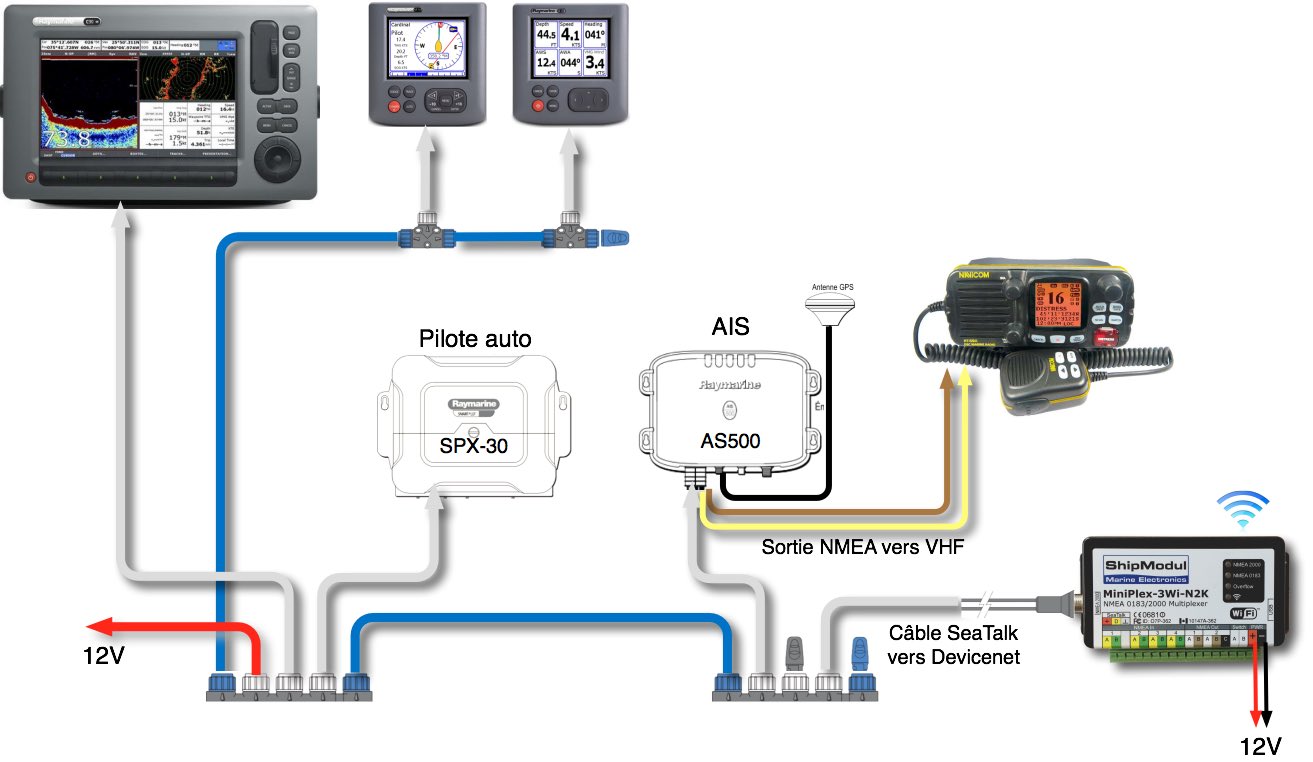 In this configuration, the multiplexer will forward to the appplication on iPad all the SeaTalkng network data, and will be able to return to the autopilot heading to an active waypoint. The GPS position is also sent directly to the VHF DSC as a security way.

This is a product that will allow to better integrate Wi-Fi tablet navigation applicatons, regardless of onboard electronic equipment.

9 Replies to “The Miniplex-3Wi-N2K finally available”