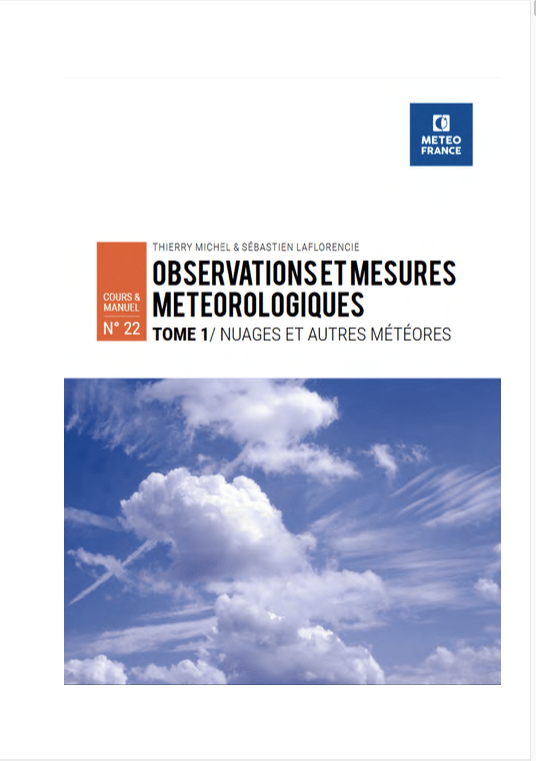 In an article updated in August 2020 (¹), I have described nautical books in digital format that can be usefully saved on iPad in the Apple Books app. Among them I mentioned the works of Météo-France available in PDF format for free download from their documentary portal.

In the “Courses and Manual” section of this site, we can download a new book, published 2020, entitled "Meteorological Observations and Measurements – Tome 1 / Clouds and other meteors ", a veritable mine of information on clouds, and all associated meteorological phenomena, called "meteors" (²).

The first part, who counts 150 pages, is devoted to clouds. Definition, classification, description and observation of several dozen, even hundreds of clouds counting the varieties, illustrated by so many pictures, some of which could be artist's paintings.

We are told that, to identify clouds, we have to determine the gender, the species, the varieties, particularities, side clouds, the cloud-origin and possibly the meteors associated with it. We learn the official cloud coding, descriptive names and symbols, and many other subtleties. 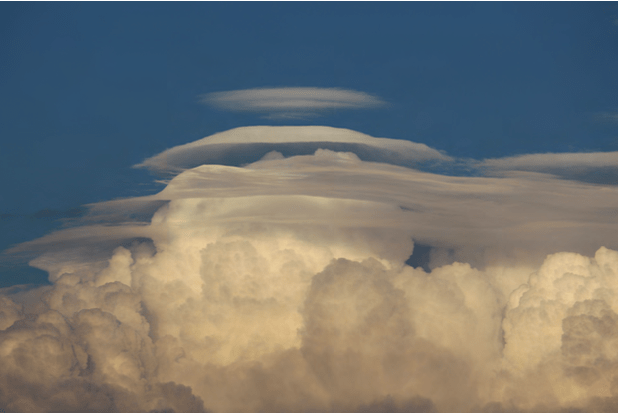 The second part is devoted to the different categories ofhydrometeors. 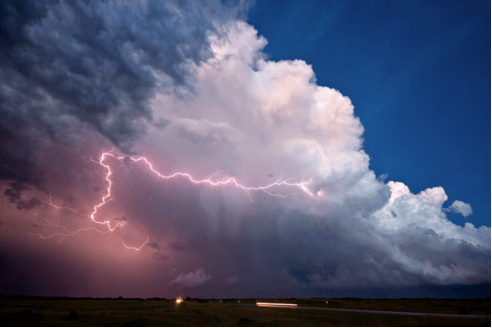 The last parts are successively devoted to lithometeors which are solid particles suspended in the air or raised by the wind, to photométéores which are optical phenomena such as halo, parhelion, arc, solar corona, etc. It describes the "Glory", the Rainbow, the polar aurora, and other more or less common light phenomena such as mirages, the green ray, and many more. 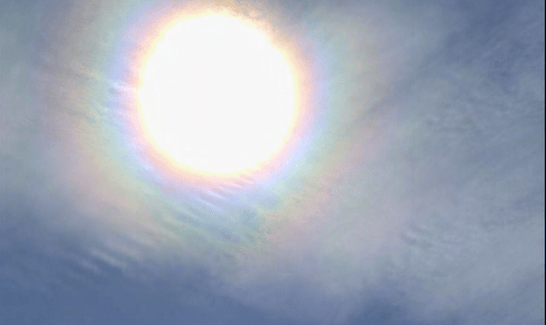 This work of nearly 300 pages,  intended primarily for students of the National School of Meteorology of Météo-France (ENM), is an exciting and entertaining sum, as useful for deepening weather knowledge as it is fun, like star and planet recognition applications. Absolutely downloadable on your iPad in the Books app.

- What do you like, extraordinary foreigner ?
- I like clouds… the passing clouds… over there.. over there… the wonderful clouds ! (³)

–––
(¹) Nautical documents on electronic media [Update]
(²) Meteor : in geophysics, phenomenon perceptible in the atmosphere or on the surface of the globe, which may consist of an aqueous manifestation, sparkling, electrical or optical.
(³) Charles Baudelaire – The Stranger
–––

One Reply to “Lecture : "Clouds and other meteors" Météo-France”