In an article updated in August 2020 (¹), I have described nautical books in digital format that can be usefully saved on iPad in the Apple Books app. Among them I mentioned the works of Météo-France available in PDF format for free download from their documentary portal.

In the “Courses and Manual” section of this site, we can download a new book, published 2020, entitled "Meteorological Observations and Measurements – Tome 1 / Clouds and other meteors ", a veritable mine of information on clouds, and all associated meteorological phenomena, called "meteors" (²). END_OF_DOCUMENT_TOKEN_TO_BE_REPLACED

It's a long time since I had made a reading note in this category. Lack of time, or lack of discovery ? I found again a real literary enthusiasm from reading this excellent book by Raymond Reding :  " Beaufort, Admiral wind ".

Like any sailor that complies, I know the Beaufort scale since my first legs in sailing school, but, shame on me, I never wanted to know more about this famous Francis Beaufort ! Raymond Reding, went like me through Les Glénans Sailing school, finally fills this gap with the dismal delight. END_OF_DOCUMENT_TOKEN_TO_BE_REPLACED 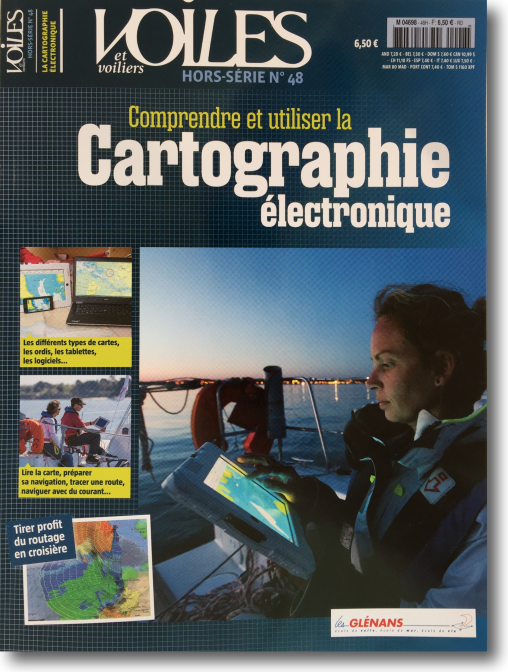 Since late 2012 I found no more of maritime books causing me the overwhelming desire to share, like the few novels described in this topic " Reading ". Today this feeling resumes me, in any other order of idea, after reading the excellent special issue No. 48 of Voiles et Voiliers : " Understand and use electronic charting ". END_OF_DOCUMENT_TOKEN_TO_BE_REPLACED

This book, published by La Découvrance in August, appropriately takes its meaning as the Vendée Globe is the sports news. Whether you love racing off, Family ocean boater, Grandpa yachtman or single coastal boater, you should read this novel. END_OF_DOCUMENT_TOKEN_TO_BE_REPLACED

There is a long time that I suggested you had more title under "Reading". Technical news are not so much for a few weeks, I take this opportunity to introduce you a great novel discovered thanks to the wise advice of an old friend living in Concarneau. I thank him very much here. END_OF_DOCUMENT_TOKEN_TO_BE_REPLACED 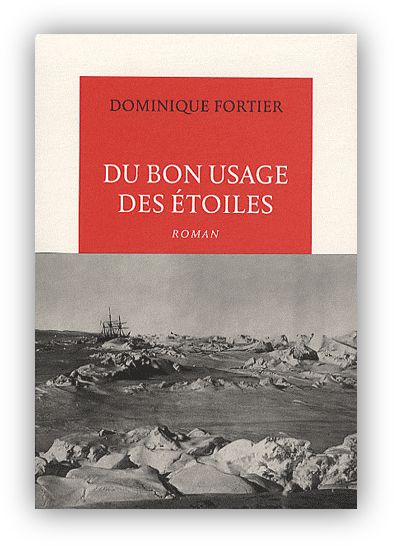 Published by Alto, Quebec, in 2008, He was re-edited editions of The Round Table, Paris, in 2011. He recently received the Award of Seafarers Festival Astonishing Travellers this summer 2011.

I read this book in June, when I heard the presentation in Saint-Malo, and I kept it below the elbow to the evocation Read this section, As I was delighted by the interest of the subject, the quality of the narrative and the freshness of the writing.

Alas, I was overtaken by Arielle Cassim just make the relationship on her blog Seableue. I bow and invite you to get there ! END_OF_DOCUMENT_TOKEN_TO_BE_REPLACED

"I shake myself, install the autopilot, back into the boat, open the logbook. I have to do violence not to read, again, your last annotations. On the virgin page facing them, I write : Friday 5 June 2009. Cast off Port Camargue 5 am. 15 knots on the anemometer. 10 at log. Compass 114 degrees. Slight sea. "

Thus begins the quest for a woman to find her true love lost at sea somewhere in the Mediterranean, between Italy, Sicily and Tunisia. END_OF_DOCUMENT_TOKEN_TO_BE_REPLACED

I had to embark in a few days for a convoying from Mediterranean to Polynesia. Unfortunately, the postponement of departure until the end of the month and professional constraints of imperative return in early May have just forced me to give up this trip. Bitter disappointment…

Failing to reach, it is always possible to live on paper. Following the "Voyage of Magellan" that I mentioned last December, I suggest a book that I discovered some ten years ago. A book to make you spend the winter fireside, make you want to leave your turn to discover these islands scattered among the largest ocean on our planet, through their story told by the greatest travelers of past centuries. END_OF_DOCUMENT_TOKEN_TO_BE_REPLACED

This time I make you discover a book that I have at the moment of order, not yet read, charmed I was by the rave article from Olivier Chapuis on his webblog.

I have pleasure to send you read it and leave you alone judges. Here 1088 pages that go spend my next days at sea !

Christmas is coming and, the party is religious or pagan, so traditional gifts.

You've no doubt guessed my passion for marine charting, but before electronic charts, I hold a special attachment to paper charts. I started sailing with SHOM charts in black and white, accompanied by beautiful calligraphy carvings representing prominent headlands, alignments. Then appeared the colored charts, flat, difficult to store in a sailboat 8 meters. I bought charts from the British Admiralty, more colorful, formats that can not, with folds and intricate carvings in the form of cartridges. Finally I discovered the West Indies charts Imray charts, a smaller format, plastic and folded into envelopes plastic protective, a revolution on chart tables. Then SHOM also produces folded charts, "P" for Plaisance, I've sold for several years.

But this is only the overall 35 years of nautical charting.

I was particularly fascinated by the two books that follow, maybe you already know because not recent, but which are really enjoy this festive period to make offer, if you did not yet got. END_OF_DOCUMENT_TOKEN_TO_BE_REPLACED