It saddens me to finish the year with a critical article, but the subject deserves. I wrote in December 2016 (*) a genuinely positive assessment of the evolution of the application Guides Escales 2017 - Bloc Marine digital version by Figaro Nautisme editions - compared to 2016. But for edition 2018, is unfortunately go back, supply regress and severe rate increase.

Unlike the print edition you can keep several years in your boat library, the annual update of the application Guides Escales erases all purchased regions the previous year. It is therefore not a purchase but an annual subscription, nuance!. And that's not all…

The division of the zones returned to that 2016, increasing 12 to 18 areas for Channel-Atlantic coast, and 10 to 13 areas for the Mediterranean and Corsica. Areas like Barfleur-La Hague include only 2 harbours at 5,49 EUR ! Prices now range from 5,49 to 9,99 € depending on the area and the number of documented harbours. 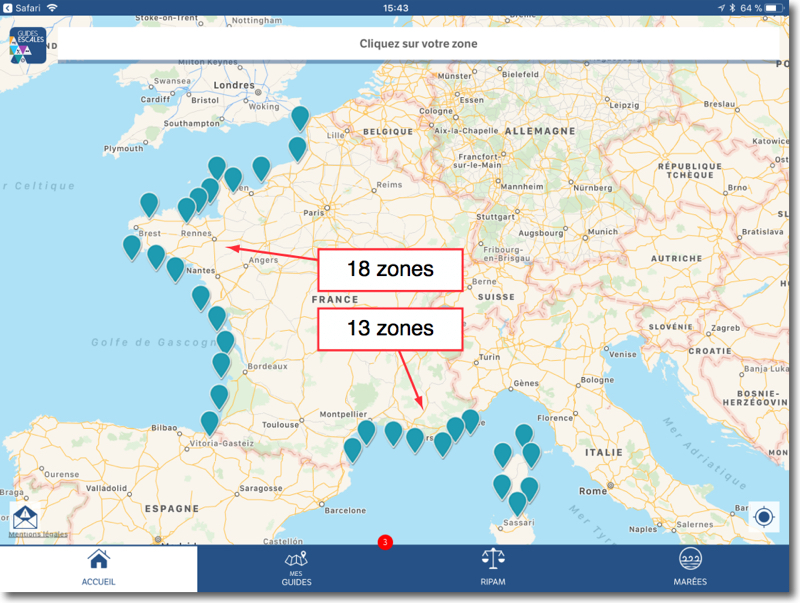 Knowing that the print version is sold 30 € by region - Channel-Atlantic or Mediterranean - is to dissuade you purchase the digital version whose price has doubled from one year to the other.

And that's still not all ! Depletion generalized of illustration : aerial views many ports have disappeared, where a photo remains, it is sometimes not consistent with the port map (Saint-Malo-Bassin Vauban, Guernsey St. Peter Victoria). The security information has significantly eased, only remains COLREG. The currents charts simply disappeared, and the annual tide table of coefficients. Tidal information is provided only for some station, and ends in October. In addition, off-line, available information are eased, It's a shame. 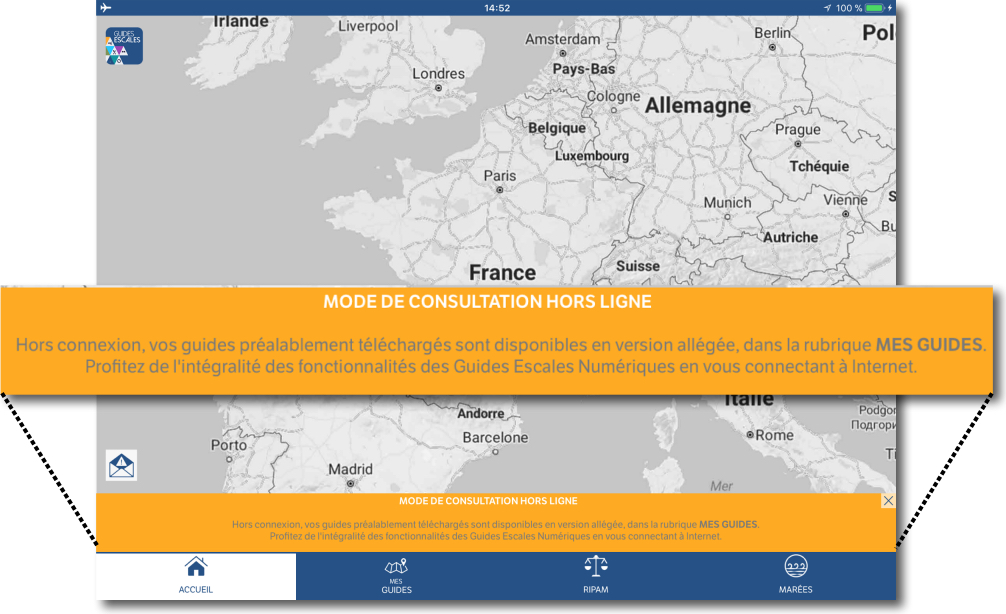 It makes you wonder if Figaro Nautisme wants really sell this application ! To finish, I find the complete change of the interface is frankly not a success, but this is subjective. What a pity, version 2017 was really successful and significantly more affordable (*)

[Update 20 December] An update this morning shows at launch a popup offering to former buyers to contact support to restore their purchases : 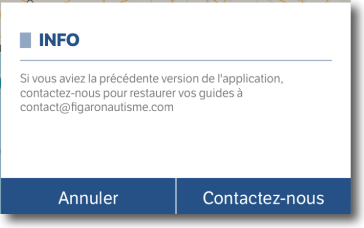