Since the beginning of the year 2011, not less than six iNavX updates were made by Rich Ray, either one monthly !

At last, in terms of new things, we note the automatic transition from one waypoint to another in a route with the possible setting of an approach distance for waypoints, the display of AIS targets by server SiiTech centered on a waypoint and not only on the position, availability of new charts region 2011.

Setting a circle approach for waypoints

I mention these update details are listed in’iNavX Help under "Updates" category, to consult either in French since iNavX (with a network connection), or to download in PDF format (¹) on your iPhone or iPad to read in iBooks, either go directly from my website (¹). You can refer to them to take full advantage of new features and improvements.

The next update (version 3.2.7) will allow the import of waypoints, routes, GRIB files and tracks, either from attachments sent by email, either directly transferred between a Mac (or PC) and an iPhone/iPad using a file transfer app, as Files Connect. Indeed, simply select a file .grb .gpx or .kml pour obtenir la fenêtre d’option « Ouvrir avec iNavX ». 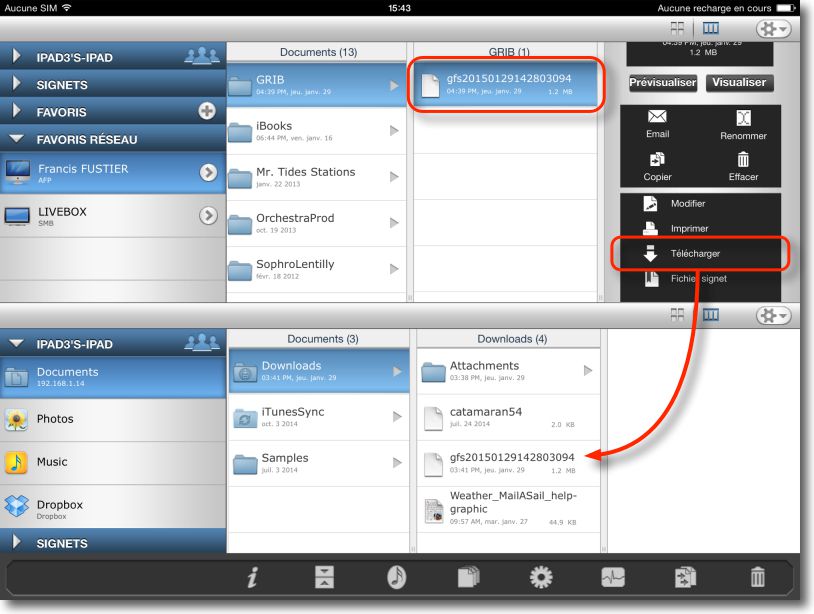 Tansfert file from a Mac to an iPad with Connect Files 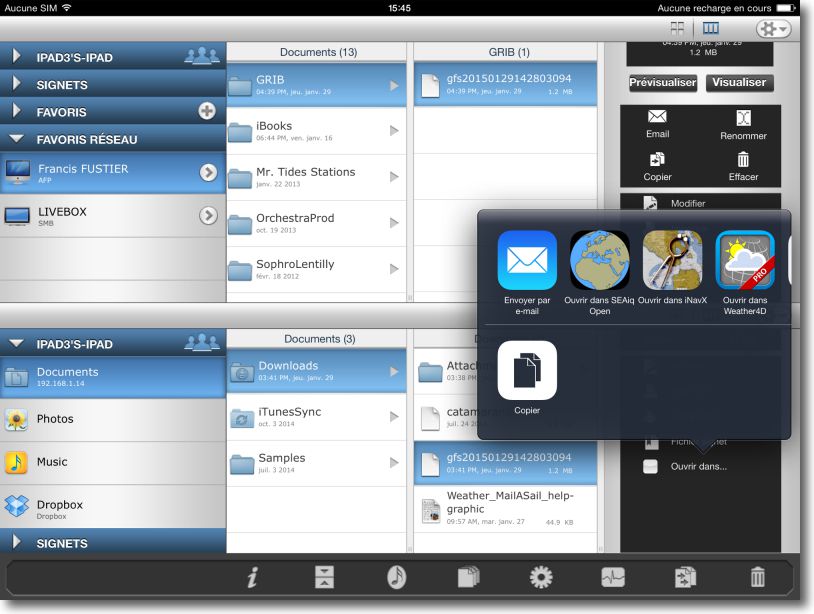 Opening the file in iNavX

iNavX will automatically open and perform the import file : 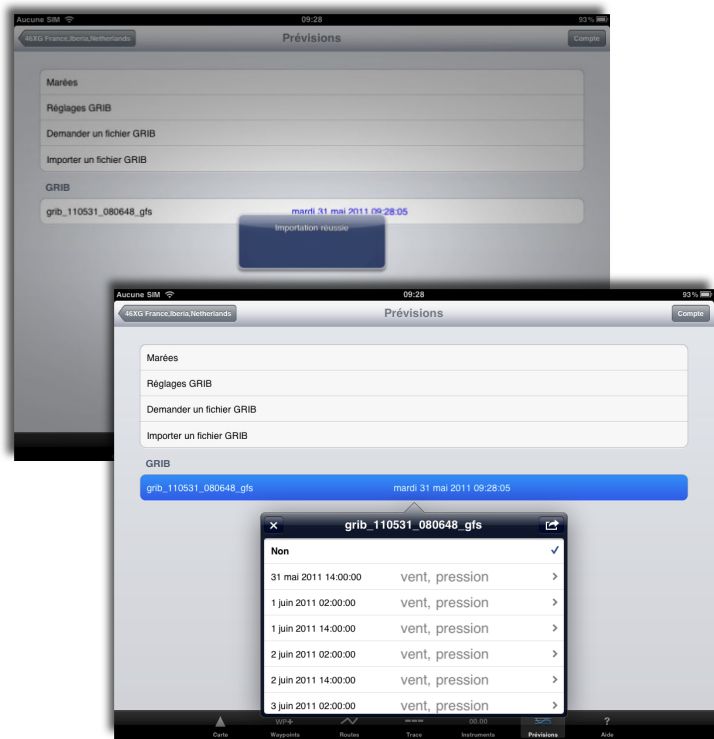 Importing a file in GRIB iNavX

It will, in this example, having builded an ad-hoc WiFi network between your Mac (or PC) and iPhone/iPad (²).

(²) See article Connect your iPhone to your Mac via WiFi