While I held my summer studious testing hardware and software in conditions of extreme hardship, developers lined fierce relentless miles of lines of code to improve our navigation applications. What devotion, what sacrifice ! 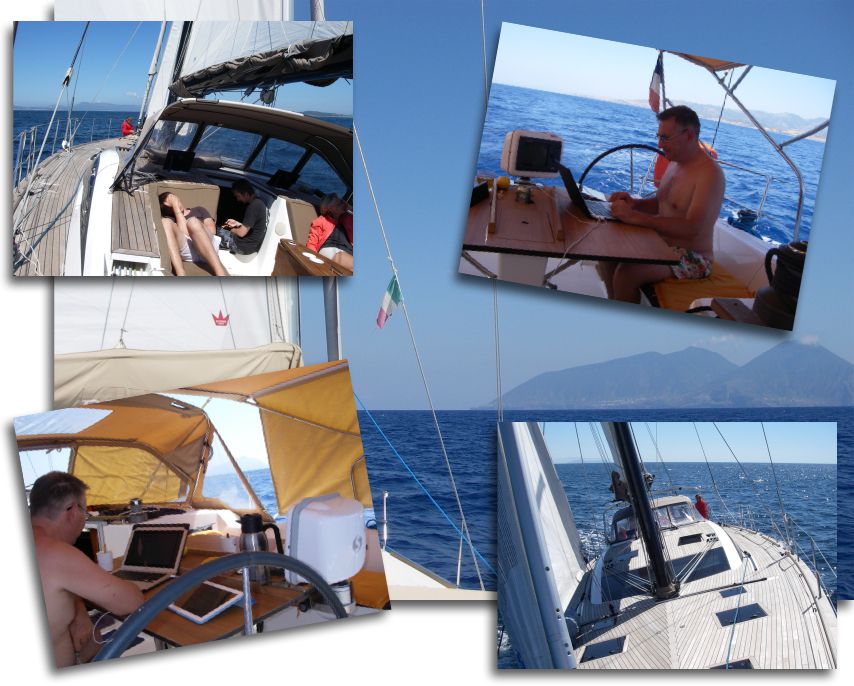 Concerning navigation applications, mainly come from the new Navionics Marine and Transas iSailor. In honor where honor, start with the leader of our smartphones and tablets, Navionics…

The 21 August, Navionics added a module on iTunes AppStore "in-app", that is to say to purchase directly from the application, for Navionics Marine (iPhone) and Marine HD (iPad ). Sold respectively 1,59 € and 3,99 €, Nav Module finally brings real features for creating and monitoring routes. 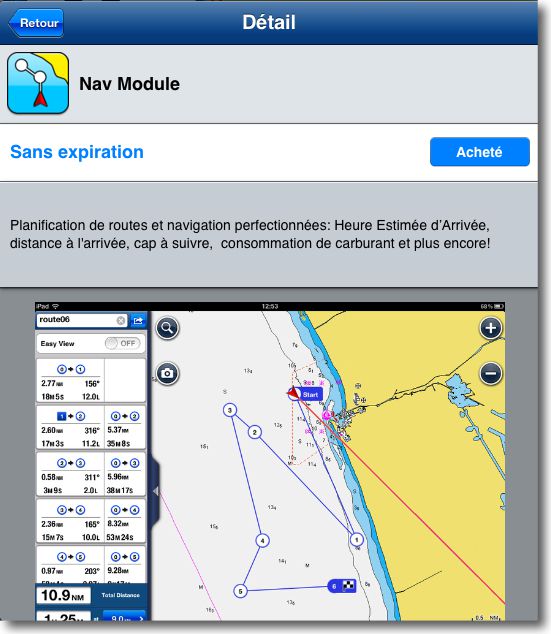 Once installed, the module has a left side drawer, retractable, which provides the data for each waypoint of a route : distance, heading, mean time to go, etc. A menu button "Route", at screen bottom, shows available fonctions.

The "Edit" to create, move, remove successive waypoints of a route with simple finger taps and slides, while viewing real-time updating of data in the drawer. In the same way, one "Go" button activates the first waypoint can always interrupt, reverse and modify the current route. 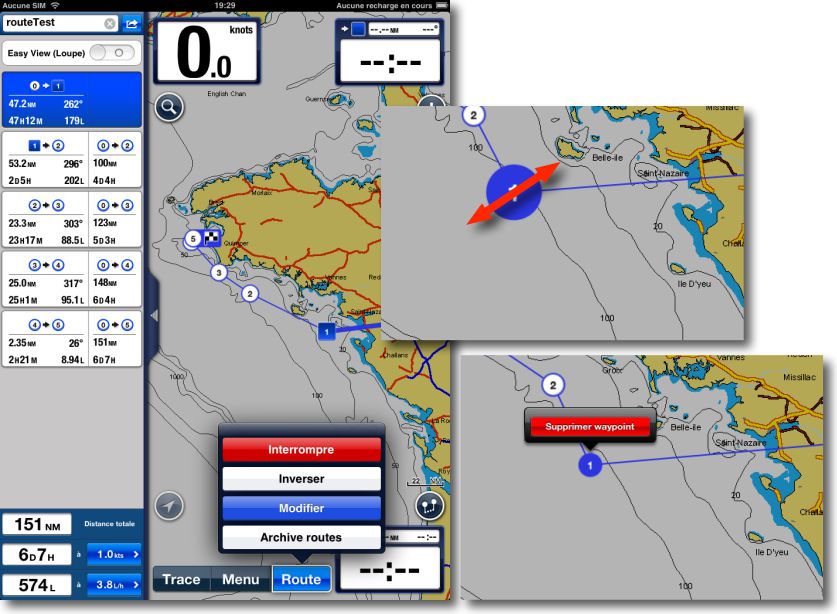 It is well designed and easy to use. I only had a little trouble figuring out how to create a new route when a route is already active, the process is a little twisted. I'll let you look, and do not rely on the built-in Help to help you !

The 3 September, Transas has posted on the AppStore the latest version 1.5.0 of iSailor. Completely redesigned, application now has multiple layers (or views) which facilitate the use. A significant improvement to the quality vector cartography, but the interface was, until this version, more than summary.

A welcome window provides information on the latest version, namely the different icons and their functions. 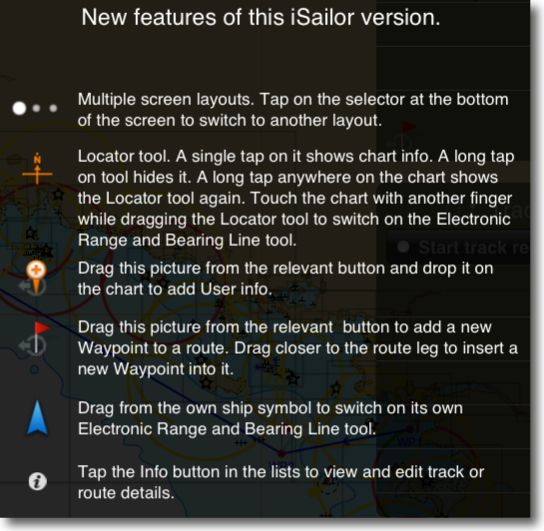 Once the map is displayed, it switches from one view to another by tapping on the 3 white buttons at the bottom of the screen, which shows the icons of different views.

The third icon opens the Create view and edit waypoints and routes. In this view,  just drag the icon from the window side waypoint "Roads" on the map to place successive points and create the road. Pressing the waypoint can rename, support of the long put differently. It takes a bit of skill but you get used to. 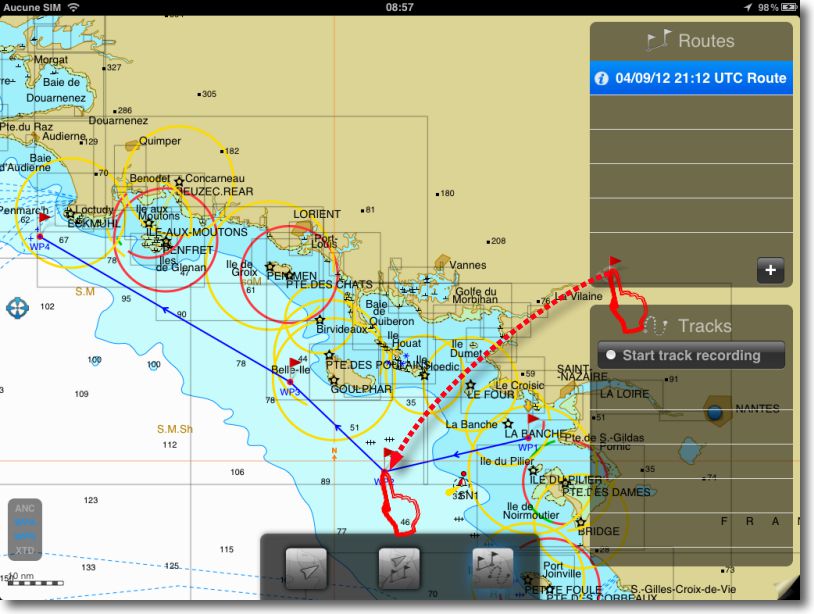 You can then edit the route, change the position of waypoints by dragging, manually enter their Latitude and Longitude. A simple tap on the second line of the window "Routes" to create a new one which will add waypoints. Side window "Tracks" can start recording tracks. 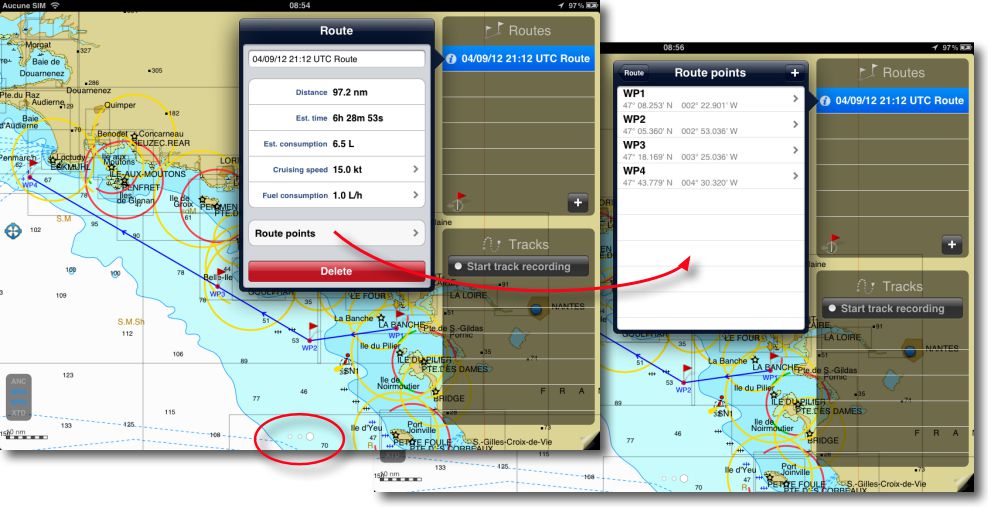 Several other features have been added to this version :

Here is the good work done during the summer, which shows the growing interest of the private charting publishers our smartphones and tablets.

2 Replies to “Apps de navigation : the news of the return”