As part of its policy to offer users a leak ever more efficient and safe, public institution Waterways of France (VNF) embarked on the production of electronic navigational charts on various inland waterways. The first two : link "Dunkirk-Escaut" and "La Garonne" is published.

The big surprise, unique in the history of the French administration, is that these charts are available for free download on VNF website. It deserved to be praised ! 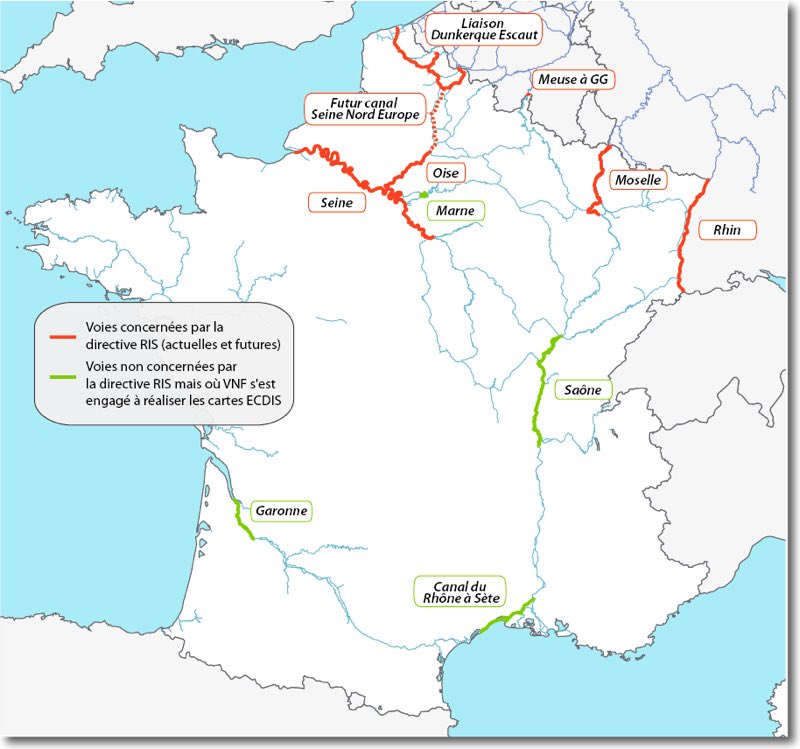 The publication of these electronic inland charts part of the European directive to implement River Information Services (RIS) harmonized across the European Union. The directive applies to all inland waterways of class IV and above throughout the European Union and makes, among others, required the provision of electronic navigational charts in the Inland ECDIS Standard.

VNF goes beyond the EU Directive by engaging with its users to make charts of La Marne (loop Jablines), of the Seine, Oise, future Seine North Europe Canal, La Saône, the Rhône-Sète Canal and La Garonne. Recognizing the growing importance of river tourism, VNF participates actively in its development by the security provided by these publications.

After the online charts of the Dunkirk-Escaut connection and La Garonne, VNF publish those of Rhine, of the Moselle and the Saône by early 2012.

ENC charts are displayed in MacENC, handling is the same as for marine ENC charts, the horizontal slider in the toolbar can display more or less detail, Menu View > Objects to select the objects visible on the chart, etc. 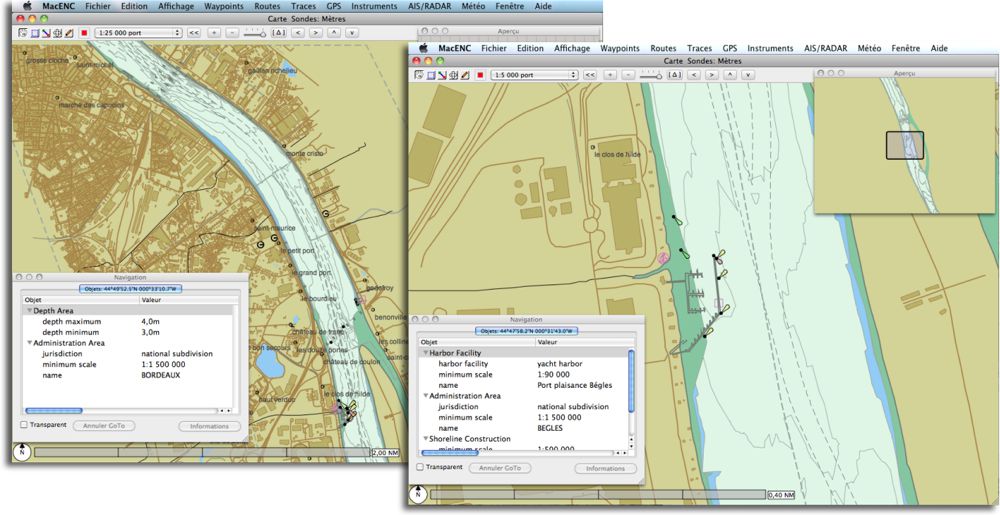 The overlay of Navionics 46XG chart, in menu View > Navionics charts can get an idea of ​​levels of detail provided by IENC chart : 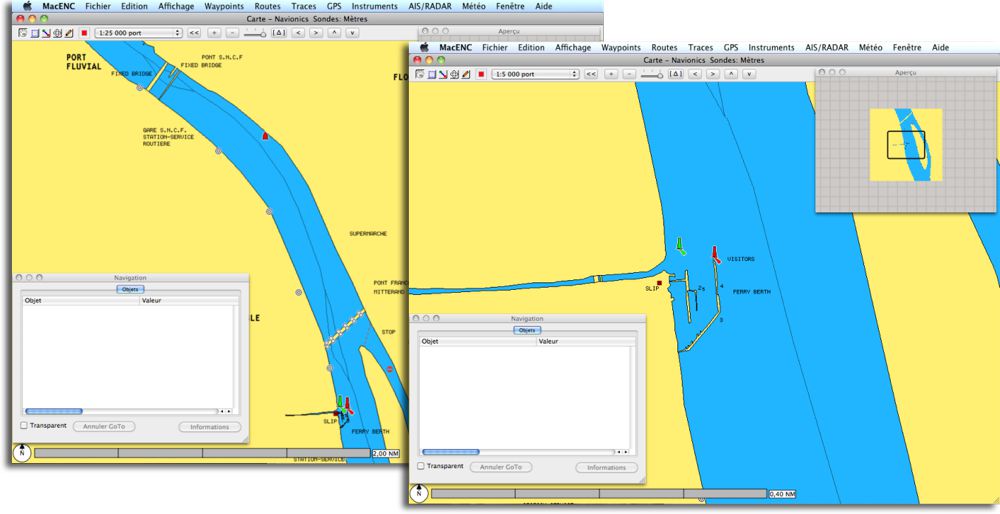 It only remains to wait for future publications. No doubt that is completely programmed mapping available in the summer 2012, and all the navigable rivers of France will be finally. A good thing for all lovers of river tourism.

The question is whether VNF willing to make its charting available for download on X-Traverse server, this would also be used with iNavX. I will see the widespread of iPad use in houseboats, don't you ?