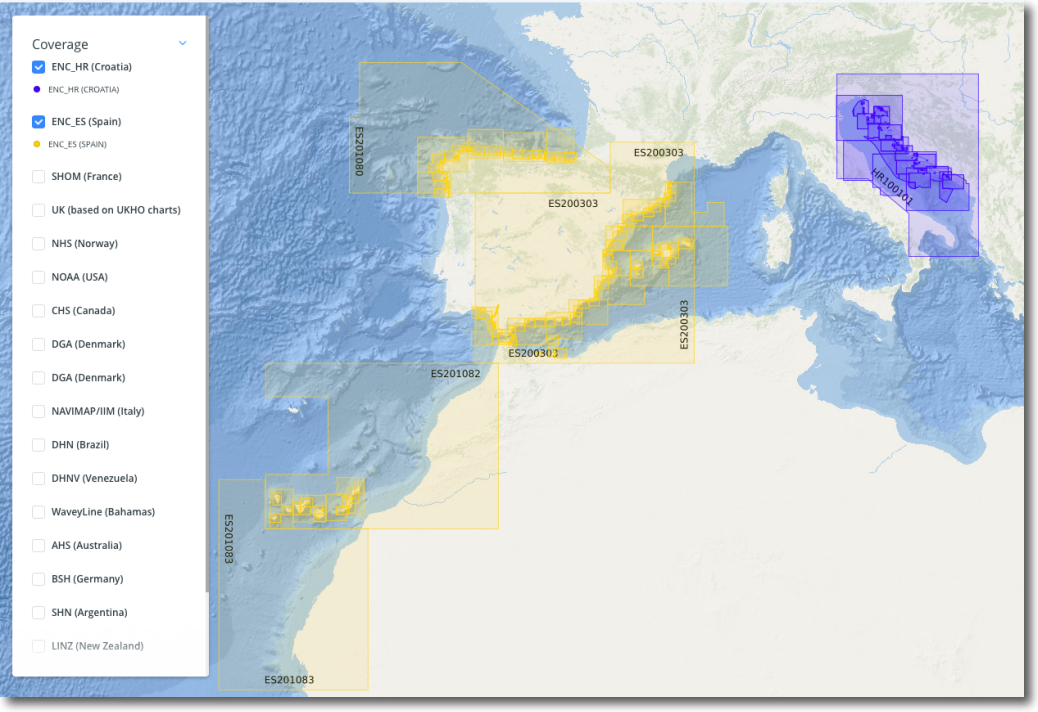 The two new chart layers in the Geogarage interactive catalog

Issued directly from’HIM (Hydrographic Institute of Spain Navy), Spanish ENC rasterized now cover all coasts’Spain, with 296 charts available. Thus, the hundred of Spain charts offered by the UKHO will soon be removed from this catalog.

Similarly for Croatia, 150 new charts issued from the ENC of HHI (Croatian Hydrographic Institute) are available for Weather4D Routing & Navigation. Current UKHO charts will also be withdrawn at term.

This big work done by the Geogarage team (rasterization and tiling of ENCs) will continue in the future to cover the "gray areas" of their catalog, initially the most popular areas for boaters, and perhaps eventually more "exotic" areas if sufficient demand helps to cushion the necessary investments (costs of annual licenses and labor costs per hour).