The 7 June 2012, Imray has released its navigation app for iPhone and iPad.

It is now a free app and includes online charts purchase directly from the application.

Two charts of the Channel are always provided as standard for test, and a world map shows the areas of charts region available. 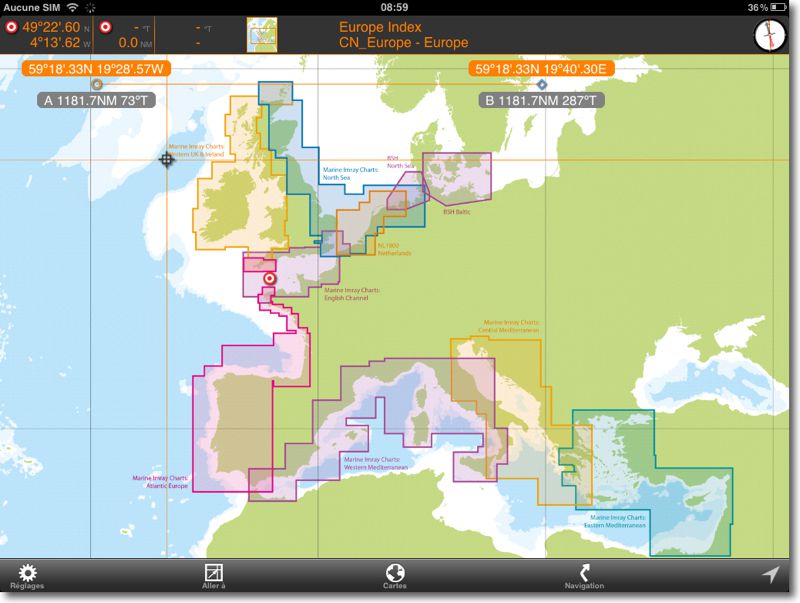 Purchasing is done from the menu " Settings > Chart Store ", it is better to have a WiFi connection, they are quite large raster maps : 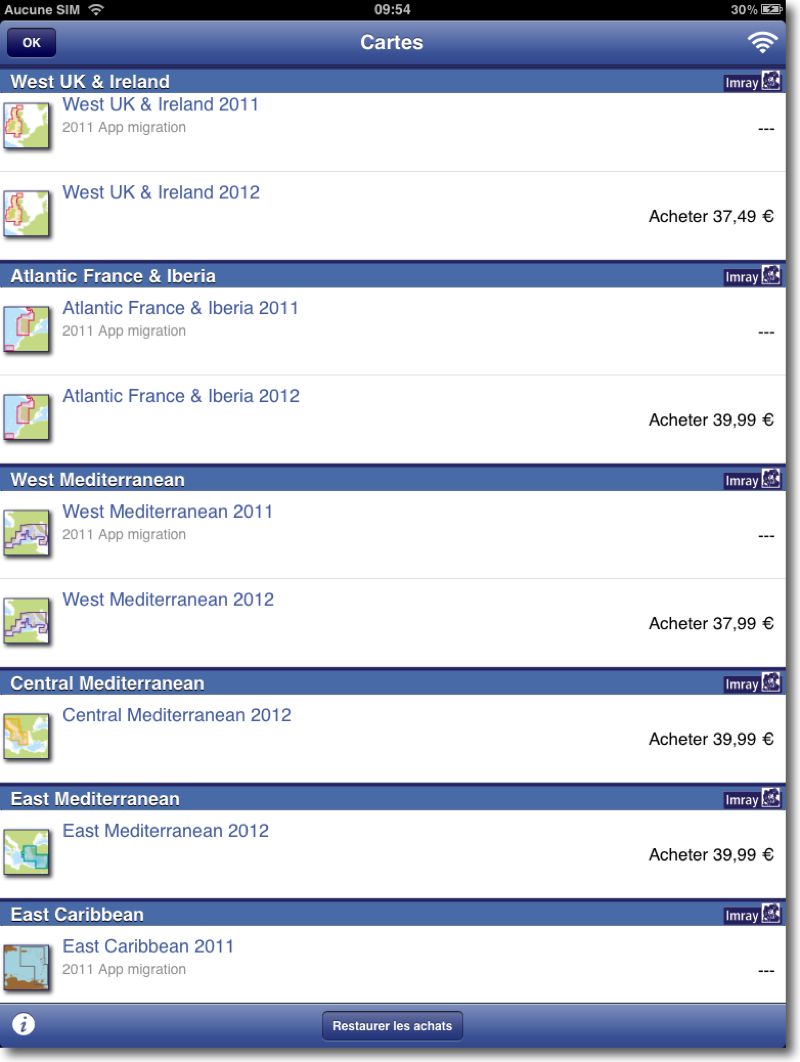 Other new features in this update, the functions of import and export waypoints and routes in GPX format, or via iTunes, either by mail.

Unfortunately charts are a bit expensive for the proposed geographic coverage, when compared with Navionics.

Imray charts are coming on iPhone and iPad
—