The Atlas of Oceans by Jimmy and Ivan Cornell is a gold mine in color A3 size of over one kilogram. This one will not fit in an iPad !

60 pilot charts updates to the most recent data, 69 transoceanic route charts, remarks and suggestions for tactical choice of the best times of crossing provided by routers and meteorologists each zone.

It had the passion and experience of the author of famous " World Cruising Routes " (*) and those of his son to perform such work. 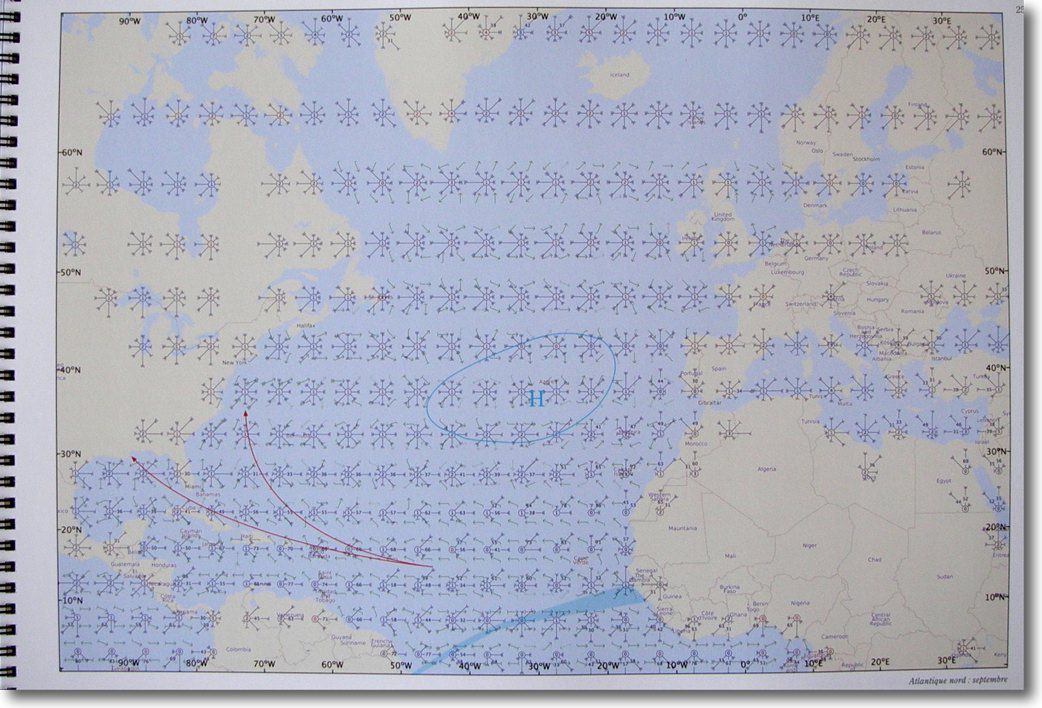 Data for the wind were obtained from a NOAA program which contains, gridded global ocean surface, wind vectors in high resolution in a global grid of 0.25 ° (15 NM) and several resolutions 1987 to 2010. Wind speeds were determined by assembling multiple observations provided by satellites.

Data for currents were obtained from a source based on the NOAA programme OSCAR measuring, in near real time, currents in the earth's surface by inference from altimeter data provided by satellite and Scatterometer. The program is coordinated by ESR (Earth and Space Research), an American nonprofit institute specializes in ocean research. 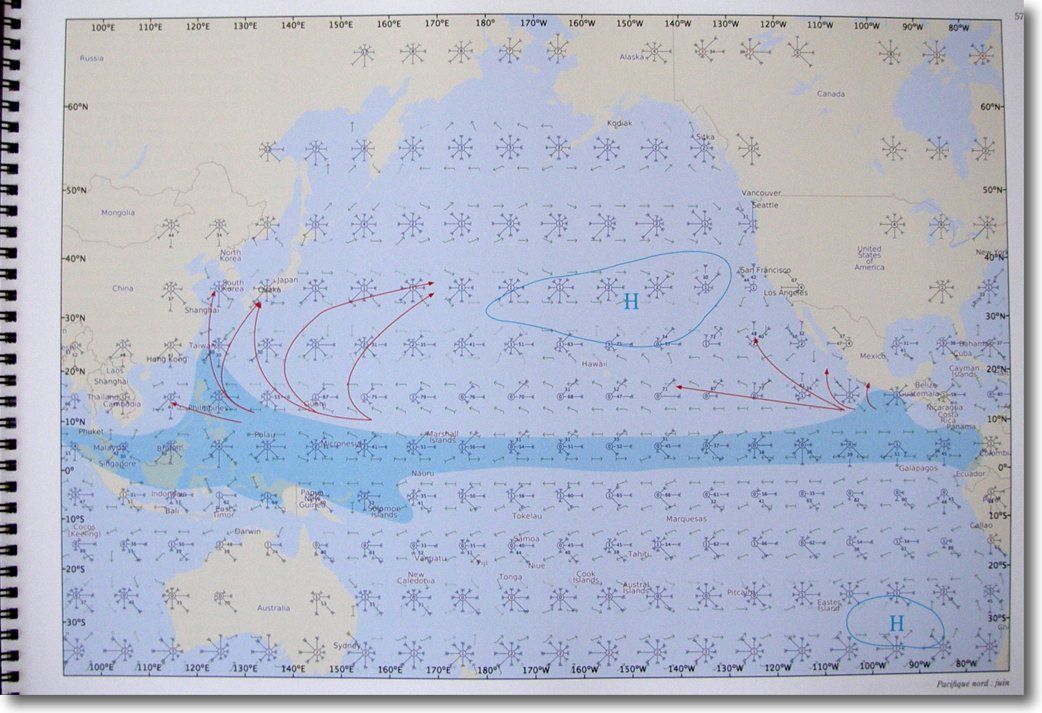 Many other contributors are cited as sources by the end of book.

In French version (**) for a reasonable price 79 EUR, unavoidable ! The only difficulty will be stored on board, view the size of smaller and smaller chart tables. 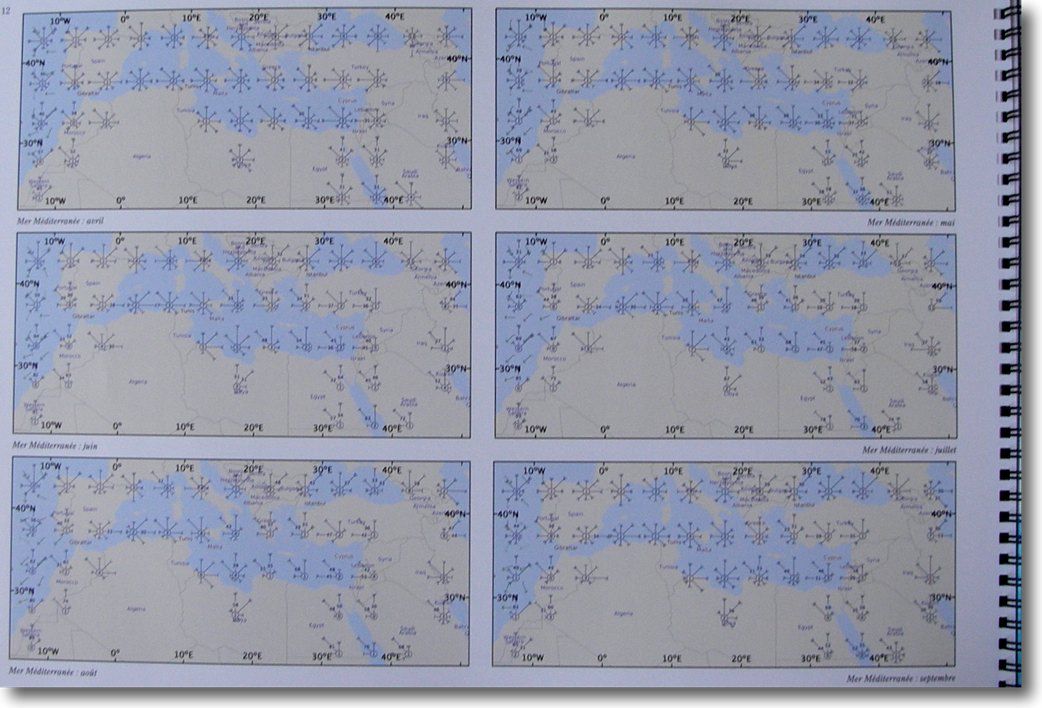 One Reply to “Atlas of the Oceans, Pilot Charts revisited”