Since my post 20 2013, we looked forward to the dismantling of the’iPad 3G to discover its communication components (3G, GPS). From the first delivery, Our Friends iFixit rushed to the "beast" for total dissection. 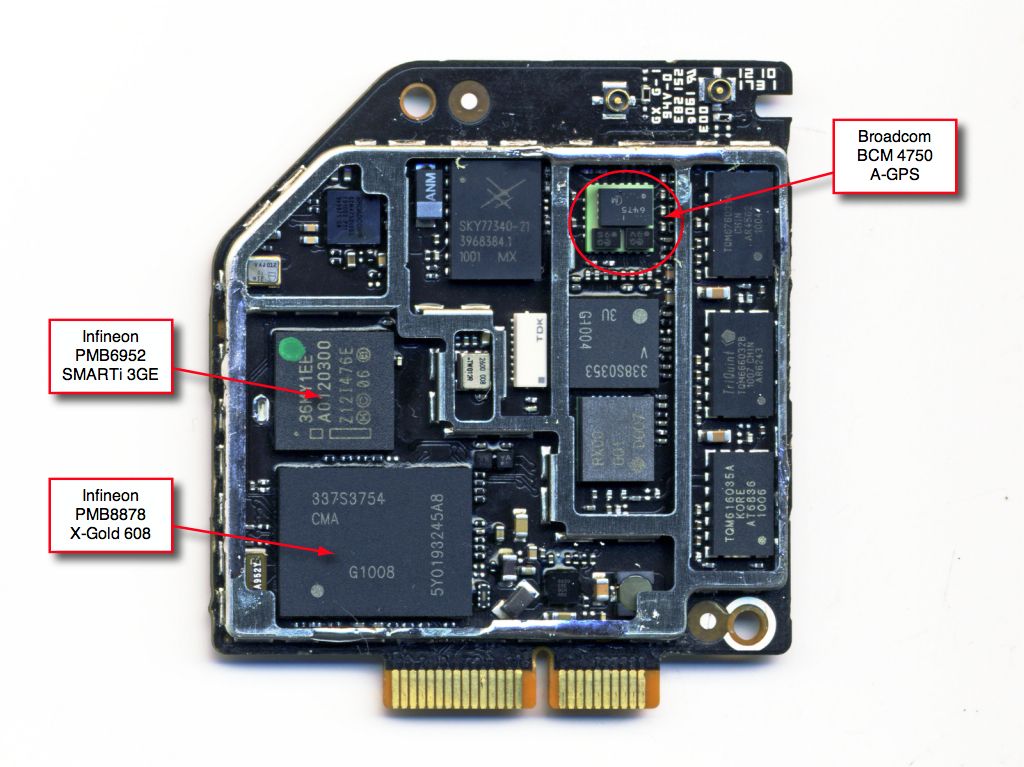 A separate communication board

The 3G model differs from the WiFi model by adding a second board that supports different chipsets dedicated to communication : GPRS, 3G, GPS, power amplifiers and filters, etc. This explains the absence of GPS in WiFi model, as not directly attached to the motherboard.

A black cover features the 3G model. This cache contains the three antennas (WiFi / Bluetooth, GPS, 3G) standing as possible outside of the unit. 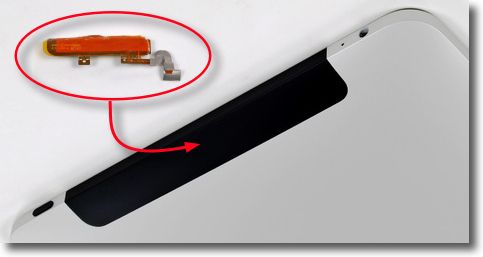 The GPS antenna and its positioning (source iFixit)

First comments on the use of GPS

From the first tests in the USA, it seems that the iPad has a GPS receiver significantly outperforms the iPhone.

Although the iPad is slower to launch the iPhone 3GS to lock GPS position, it then offers a much greater precision and stability. It seems able to keep real-time monitoring the progress of a vehicle, allowing an application of routeing guidance, such Navigon (test conducted by a contributor to the forum macrumors), correctly anticipate changes in direction. While the iPhone occasionally falls, and then struggle in following the progress of the vehicle, repositioning stepwise, not to mention a few times where the position is completely lost.

It may already be reassured to the performance of the built-in A-GPS, and augurs well for the party that developers can draw, taking advantage of the next OS functions 4.0, for the design of their navigation applications. The posting imminent iNavX 3.0 will allow the first tests in the USA.

I just have to check the ability of the antenna, which seems consistent size, to capture the satellite signals from the chart table inside the boat.

I will not fail to mention here in French reviews forum macsailing.net forum on this, pending a personal test as soon as I get a device for my own usage.

[Updated 4/05/2010] By disabling any cellular connection (GPRS/3G) and WiFi, should not be more 40 seconds GPS alone to fix a correct dead on position with an accuracy of about 5 meters, and then maintain a stable and accurate course.