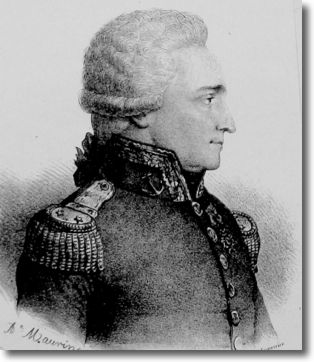 Well known, today, fate befell the expedition of Captain Jean-Francois de La Perouse, lost with all hands in the Solomon Islands in 1788. What we know much less, on the other hand, is the story of Admiral Antoine de Bruni d´Entrecasteaux gone for his search in 1791 at the request of Louis XVI, and whose fate was hardly more enviable.

It is about this unknown expedition Jean-Pierre Ledru wrote, in the imagery of the sea at the time, through the gaze of a Norman "pilot" on board for better or for worse (¹).

Background : The disappearance of La Perouse

In August 1785, Jean-Francois de La Perouse sailed from Brest, commissioned by Louis XVI to lead a prestigious expedition of discovery designed to complement Cook's three voyages. For over three years, two ships of the expedition, the Boussole andAstrolabe, go through all the world's oceans, all latitudes and in all weathers. La Perouse had announced in his last letter which was to be his career and the probable time of his return, to summer 1789. But after leaving New Holland (Current Australia) no news. Both the king's ships disappear in the vast South Pacific, and the Revolution broke out in France.

We know, now, the place where the two La Perouse's ships capsized, on Vanikoro island in the Solomon Islands. For over thirty years, Salomon Association in New Caledonia began searches and excavations, most recently in 2008, to remove the mystery of the sinking, and several films have been made on this research. (²) 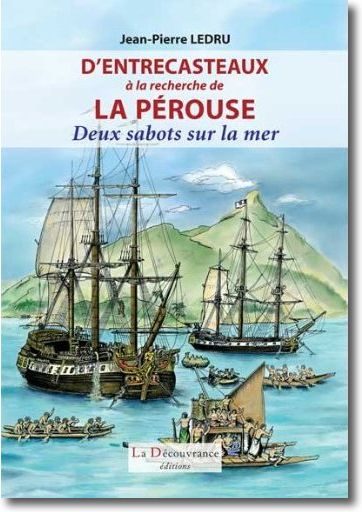 With no news since their last cast off 10 March 1788, Constituent Assembly decreed the 28 February 1790 a bonus would be paid to any seaman giving news of La Perouse. The king commissioned the cons-Admiral Bruni D'Entrecasteaux in order to establish a new expedition, with primary mission to seek La Perouse.

The 28 September 1791, 210 mariners and 12 scholars left Brest, over two 'gabares', or 'fausses fregates' (³), commanded by D'Entrecasteaux : the Search and’Esperance. She reached New Holland she went around in 1792 going back to New Caledonia and the Admiralty Islands. A second tower 1793 led the expedition near a new island that Entrecasteaux named "Island Research", but not landed there. It is on this island, now called Vanikoro, that castaways of the expedition La Perouse had been shipwrecked. The expedition continued on its way to Surabaya without ever reaching. The crews were decimated by hunger and disease, D'Entrecasteaux died on 23 July 1793, the ships were boarded by the Dutch war against France and revolutionaries, and 222 persons on board, only twenty returned to Brest 5 February 1795. Louis XVI was beheaded in January 1793, and La Perouse had fallen into oblivion.

Jean-Pierre Ledru, after patient and meticulous historical research, depicts the four years of this tragic expedition through the fictionalized character of its protagonist, the midshipman François Deschamps. It also makes us relive the lives and customs of the Norman and Breton sailors in this difficult time when French society was turning edge. A fascinating story, written with simplicity by a remarkable scholar. 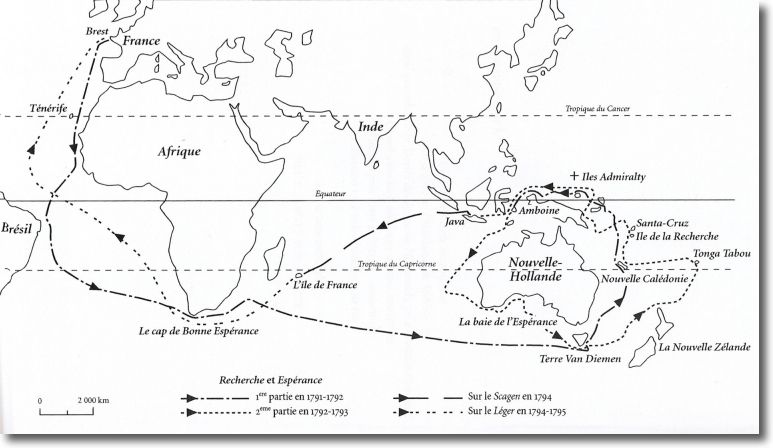 —
(¹) D'Entrecasteaux in search of La Perouse
(²) View site Operation Lapérouse 2008
(³) One was a sea barge decked, with 120 to 450 tons depending on the time, one-rigged three-masted, to transport goods. The barges were especially used, as early as 1715, to transport timber to the royal dockyards, but also for the transport of other bulky goods. The most important were armed 10 to 20 cannons of 4 or 8 books, sometimes 12. They were sometimes called "fake frigates" for their resemblance to these types of buildings..
—
Other titles in the Reading section
—