This could be a subject of the Bachelor's degree in economics, and although I am never presented me with this review (post-soixante-huitarde inconsistent and cancrisme Chronicle) the topic seems sufficiently imminent and serious to try to treat, from my modest point of view.

I'm back from two European conferences I attended as a speaker : European Space Solutions in Prague and MyOcean Users Workshop in Lisbon. The first, at the initiative of the European Commission and the Agency European GSA (¹) , was devoted to the contribution of major space infrastructure (Galileo, EGNOS) in the economic and environmental applications current, and prospects for development in the many fields of human activity. The second manifestation, more focused in the maritime field, was a set of workshops concerning end-users public and private Oceanographic and atmospheric data provided by the European Copernicus programme (²), through the project Mercator-MyOcean (³). 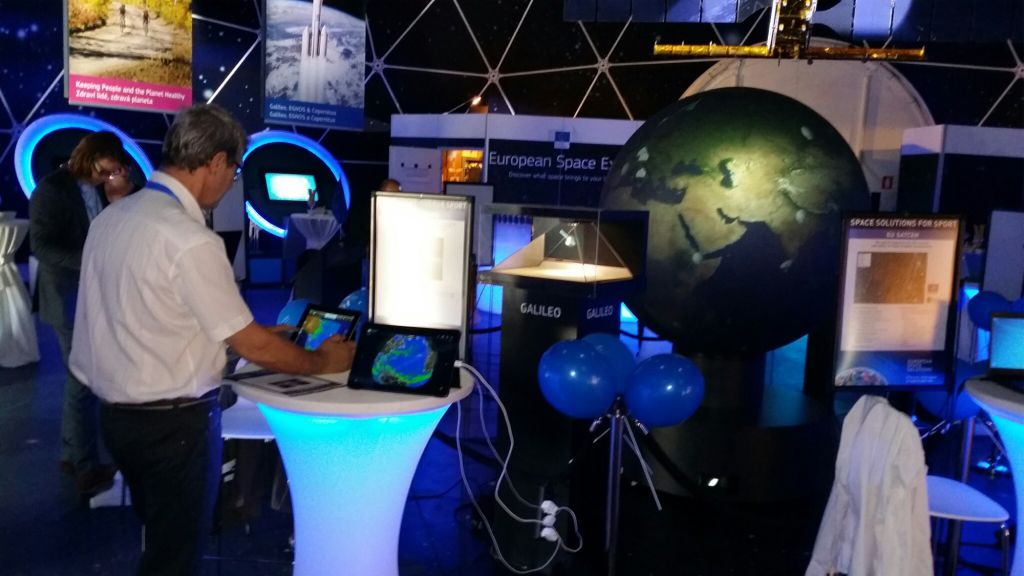 In both cases I was invited to present the application of weather-routing Weather4D Pro as an example of private data provided daily and project MyOcean free use, namely forecasts of currents using several models, local and global. Although we have felt (⁴) much smaller in the middle of a field of flowering of satellite imagery, communication, environmental research or prevention of major risks, organizers have found our application relevant because well illustrating the contribution of their data for the safety and effectiveness of the navigation of users boaters. We were, among others, representative of what high-tech public data could bring to the development of private applications useful for fast-growing sectors such as water sports.

Unlike the USA, or administrations funded by citizens need to make freely available to the public the data they produce, the France, and some other European countries, requires some jurisdictions to draw income from their production. For what concerns I mention mainly the SHOM and Meteo France, but one could add l’IGN and certainly others that I don't know.

In recent article his blog, Nicolas Baldeck (you do not yet know the inventor of Pioupious ?) in a humorous tone tells his skirmishes with weather France hoping to get some weather data for paragliding activities. For my part it does me pas laugh at all, I find it rather distressing. No marine weather forecast user is unaware that almost all of the data provided free of charge to the world are derived from the American administration (NOAA, U.S. Navy, aso.) with many models of forecasting (⁵) more or less high resolution. In Europe, the Forecast European Centre (European Center for Medium-Range Weather Forecasts) provides forecasts of a very high level of quality recognized, even by the Americans. With models such as IFS, Hirlam, and many others, but inaccessible to the public except to put a deterrent price, they are intended for professional users. About Meteo France, the only way for an individual to have excellent high resolution models (ARPEGE, AROME, Caribbean, aso.) is a provisioned account in advance and download forecasts with the application (antediluvian) Navimail2. The cost, Here again, is totally deterrent. 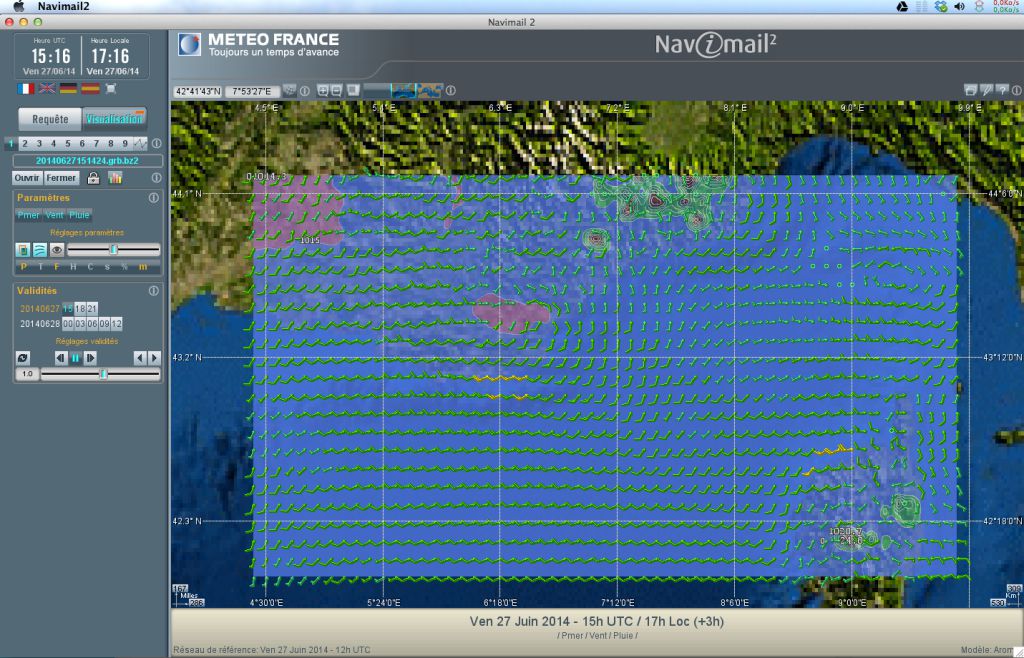 All browsers know that designed and published by the NOAA charts are free for all sides and waterways of the USA. In Europe, No Canadian Hydrographic service does not provide its maps for free, not even the official vector maps centralised at European level. And yet these State agencies are well funded by the money of the taxpayer, just as in the U.S.. So, where is the error ?

I could see in Prague as in Lisbon many examples of private companies providing real added value based on data, among others, by the Copernicus programme and project MyOcean. Imagery satellites, oceanographic data, atmospheric, allowing multiple farms in areas as diverse as urban planning, agriculture, maritime traffic, monitoring of marine pollution, the prevention of major disasters, and so on. All users of the data companies based their economic development on quality, the amount and relevance of the data corresponding to their area of intervention. 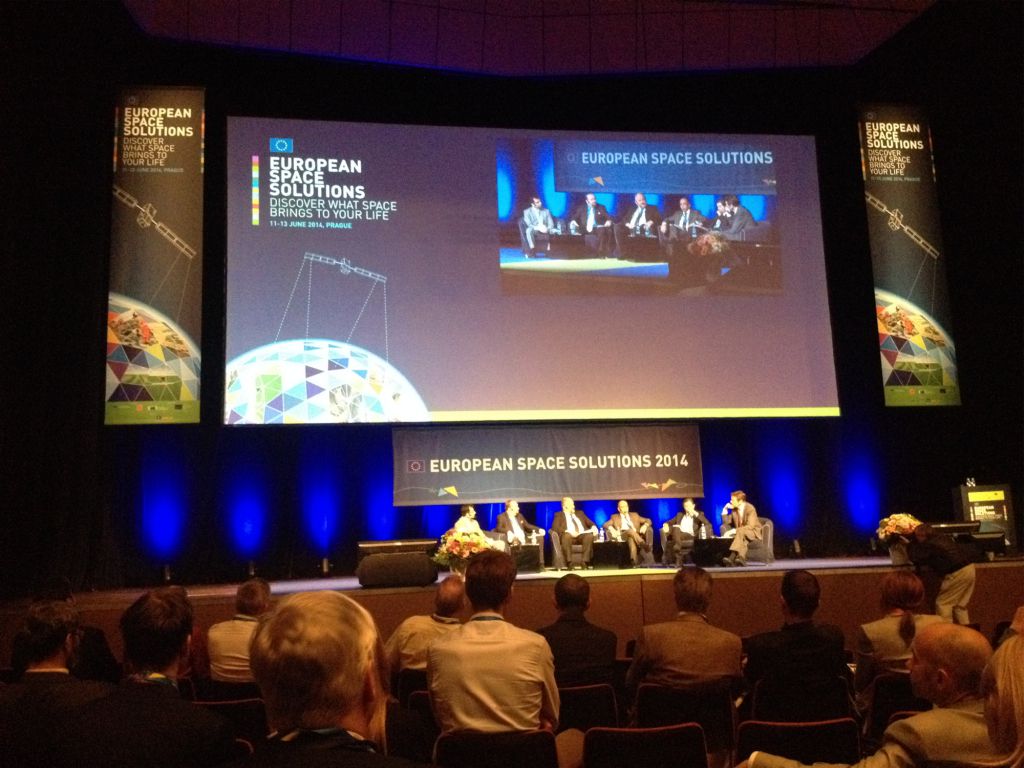 It appears as an evidence that the release of data from the public research and large infrastructure projects funded by the European States, Therefore the taxes of citizens, is a great engine of economic development for a number of upcoming businesses. Retention of information, or their exorbitant price not intending them to large entities (aviation, maritime arms, armies, multinational groups) instead is a real obstacle to growth, as a brake on the creation of innovative enterprises capable of handling these indispensable to all kinds of thematic data to meet present and future challenges (climate, environment, Security, global traffic). Most of the businesses that we have found were the TPE or SME.

So we absolutely need that, like the Copernicus programme and project MyOcean, Hydrographic and meteorological member services are grouped at European level, everything at least that the product of their work is shared and put at the service of the public free of charge and without restrictions. At a time when economic stagnation is a political issue that affects most countries, or underemployment has become a chronic disease, It is high time to pull themselves together and to take courageous steps and dynamic whose benefits are some. The economic model of the European countries is exceeded. For several decades the USA have shown that their model works, and even rather well, Despite the crises which they released much faster than we.

Without wanting to advocate a savage liberalism opposite my beliefs, I am convinced that all data developed by the public services in the context of the safety of people and the preservation of the planet must be shared to be issued free of charge to private actors (and also individuals) who will be able to turn them into high value-added services, creators of growth and employment. I express the wish that our leaders have the courage to go beyond the timid corporatism and quarrels of chapels in order to integrate the great skills of our national scientists in a European concert that everyone will benefit.

—
(¹) GSA : European Global Navigation Satellite System Agency, directs the satellite Galileo and EGNOS programmes.
(²) Copernicus : European programme of observation and monitoring of the Earth.
(³) Mercator-Ocean : European Center for Ocean Analysis and Forecasting, is an international establishment based in Toulouse which provides most of the operational ocean data to the division Marine Service of the Copernicus observation program.
(⁴) I accompanied Olivier Bouyssou, the creator of Weather4D, in Prague.
(⁵) See the entry "Prediction Models" in the Glossary Maritime.
—