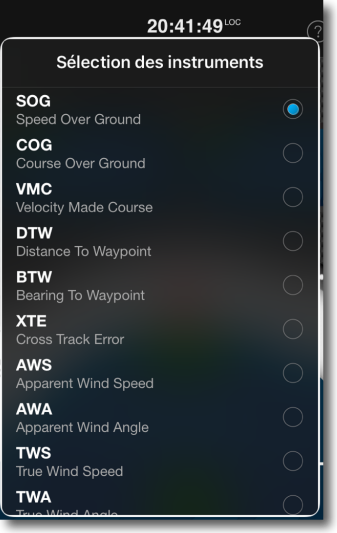 Navigation applications are full of acronyms. This coded and cryptic language was originally developed for electronic navigation instruments, GPS mapping and other chartplotters. These acronyms, in the form of three letters most often, are the contraction of terms defining specific navigation data and according functions. This facilitates on-screen display taking few space. While some of these acronyms are relatively well assimilated by the boater, as SOG for Speed ​​Over Ground (SOG), you can quickly access subtleties that are not always mastered as COG for Course Over Ground, meaning "route runned on the ground", that the word "Course" in English can mean "Route" or "Heading" according to the context.

But it is sometimes complicated until migraine headache with a well known acronym by sailors : VMG, and another less well known : VMC. Two data that are generally the delight of boater's forums, have a look.

The VMG is the best speed upwind, with the best angle between the course through water and the true wind. This is the "helpful speed", or the "gain in the wind". If too close to the wind, the speed decreases and drift increases, if bear away, drift decreases, speed increases, but the route get longer. VMG Max is achieved by the best compromise between these two options, called OTA (Optimum Tack Angle) is the optimum leg angle.
This applies both to upwind and downwind (especially for multihulls). 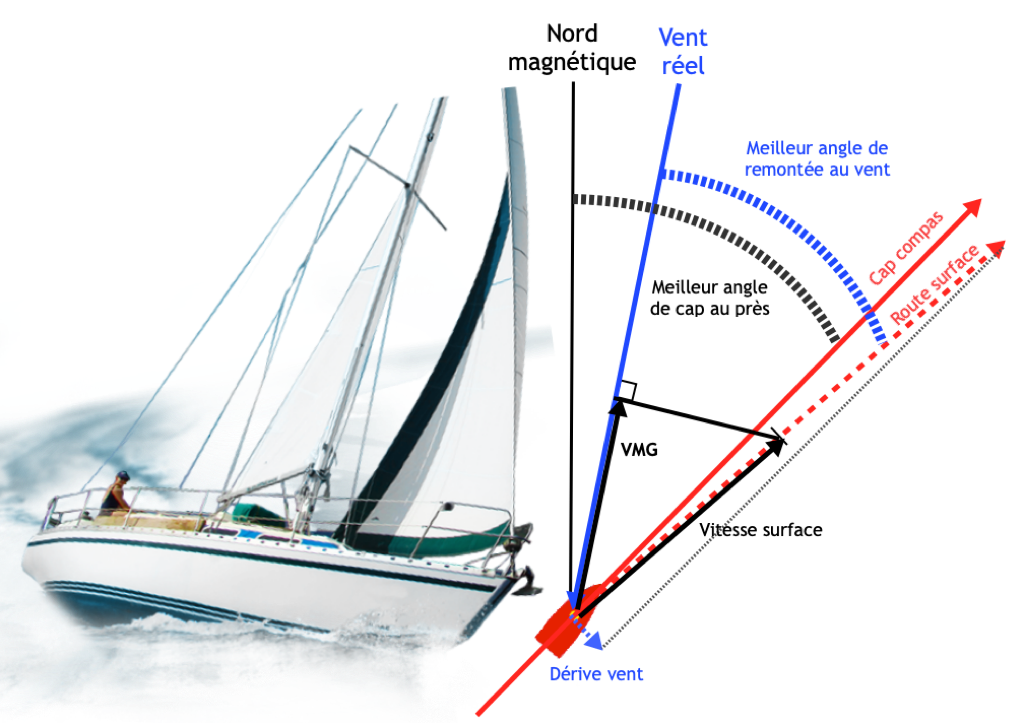 VMG regarding the boat moving through water

VMC (Velocity Made on Course)

The VMC is the best approach speed (SOG) a mark to join, with the best angle between the course over ground (COG) and Bearing (BRG) of that mark to join (waypoint or race mark). This is the "progression speed" or the "gain on the route". The VMC is directly related to VMG resulting from boat driving, but also to the presence of current that can change the angle between course through water and course over ground (as illustrated below). 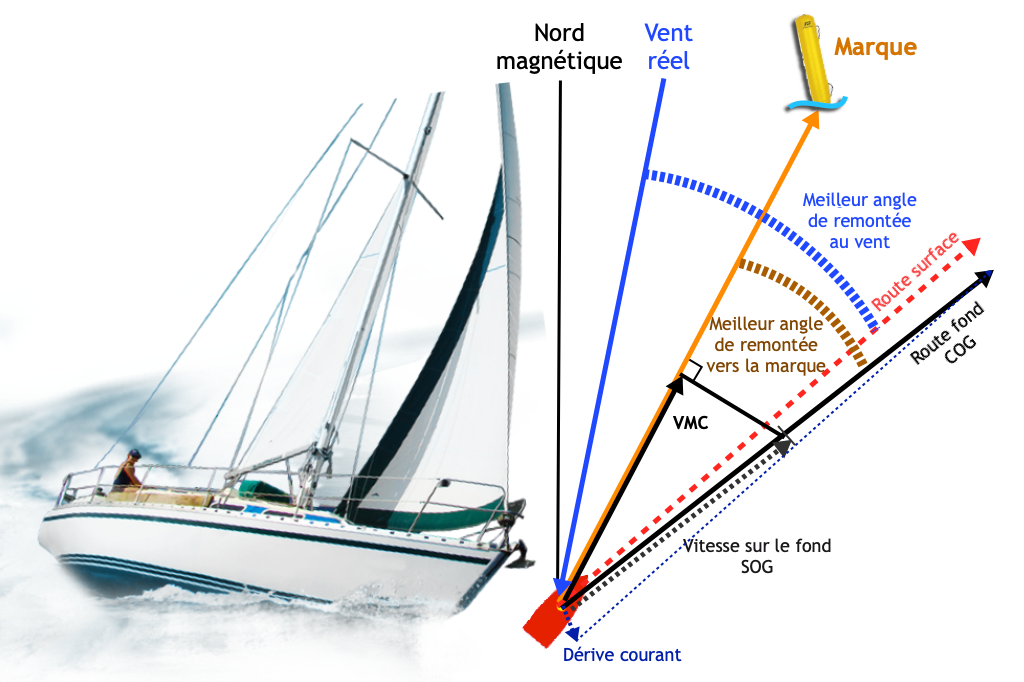 The VMC regarding the boat moving over ground

The Cross Track Error (XTE) represents the distance the boat is off the line linking the starting point (mark or previous waypoint) and the point of arrival (mark to join or active waypoint), perpendicular to this line. This distance is expressed in meters and nautical miles, according devices. The Track Angle Error (TAE) is measured between the bearing of the mark to join (BRG) and course over ground (COG). 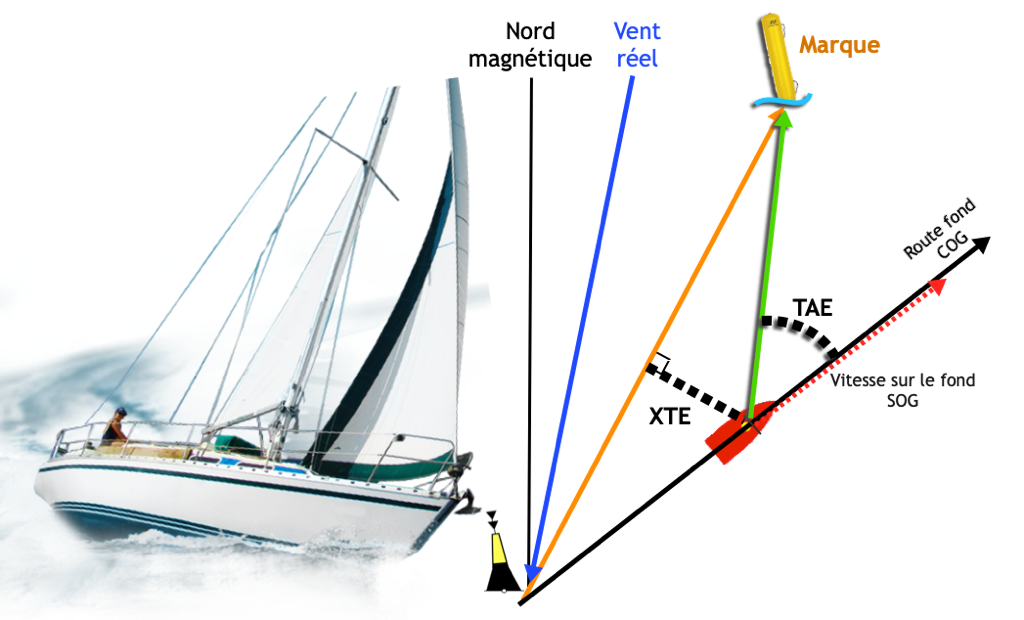 Hoping to have enlight some of you, You can also complete this short presentation by referring to the article published in January 2009 by Olivier Chapuis on his blog (²).