With the basic 1.3.3 and PRO versions 1.3.9 delivered in November, Weather4D had replaced the GRIB files fine grid from Great Circle by its own files based on the U.S. model WRF (¹), computed under his own steam. These files covering Europe, Greece, Canaria, Azores, Greater and Lesser Antilles, offer a resolution of 0.1 ° (6 NM) up to 96 hours by 1 hour steps. The data provided are the same as the GFS model (¹). At the same time, Annual subscription price has been reduced from 60 to 30 €.

With the introduction of new ways, the next updates that have just been submitted to Apple Store will provide more details. Olivier Bouyssou explains :

« FYI, App4Nav uses 6 different servers, 2 for the calculation of WRF model and 4 for distributing GRIBs : 2 for the U.S. and Asia region 2 for Europe. At this time 8000 GRIBs are distributed per day and triple during the season… "

This now enables to provide, for the French coasts, including Corsica, ultra-fine grid to 0.04 °, that to say 2,4 NM. It also adds to the GFS and WRF files new data evaluating wind gusts.

With a resolution of 2,4 NM (Latitude) Grid provides extremely tight data that will delight sailors along the shores. 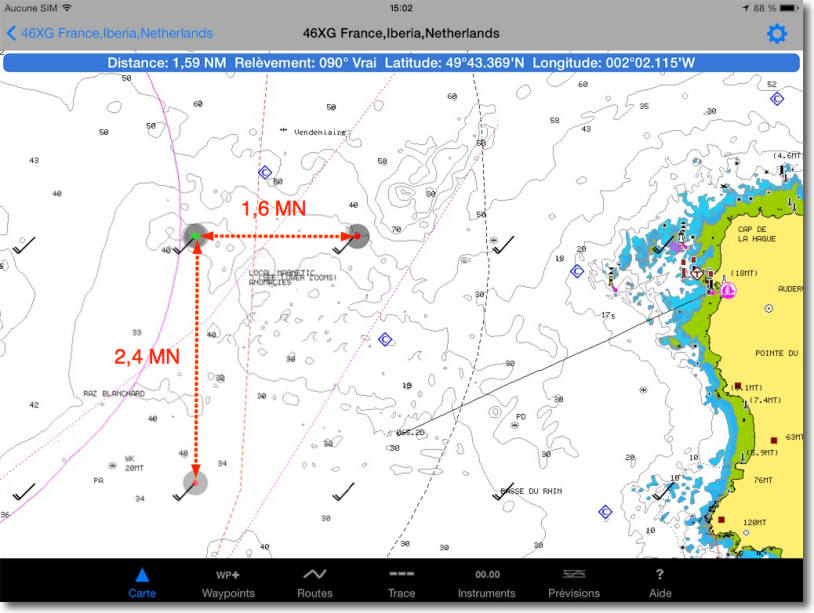 Grid points spaced 2,4 MN in latitude and 1,6 MN in longitude (at the latitude of Cherbourg)

This weather mesh, added to the predictions of current high-resolution provided by MyOcean (IBI model 1/36 ° either 1,7 NM) allows, with Weather4D PRO, a relatively small trip routing, as in the example in the Bay of Quiberon below : 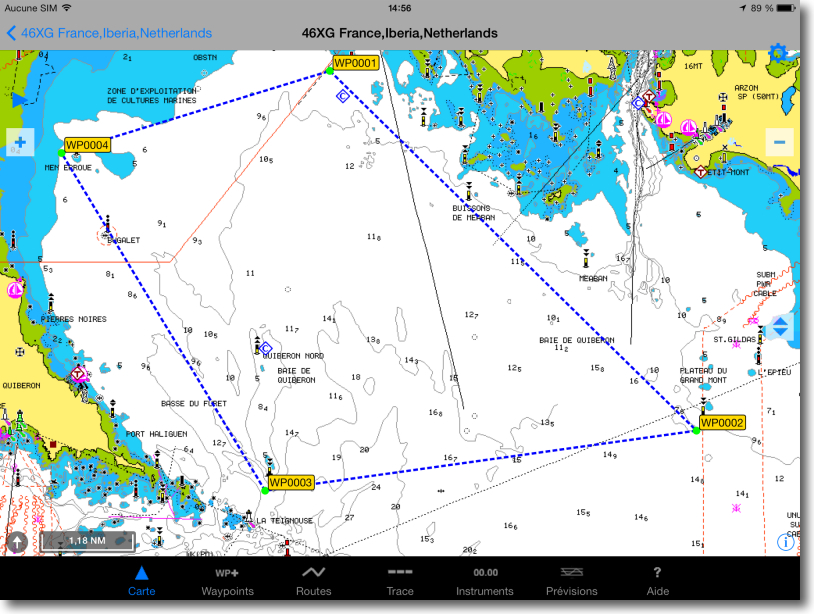 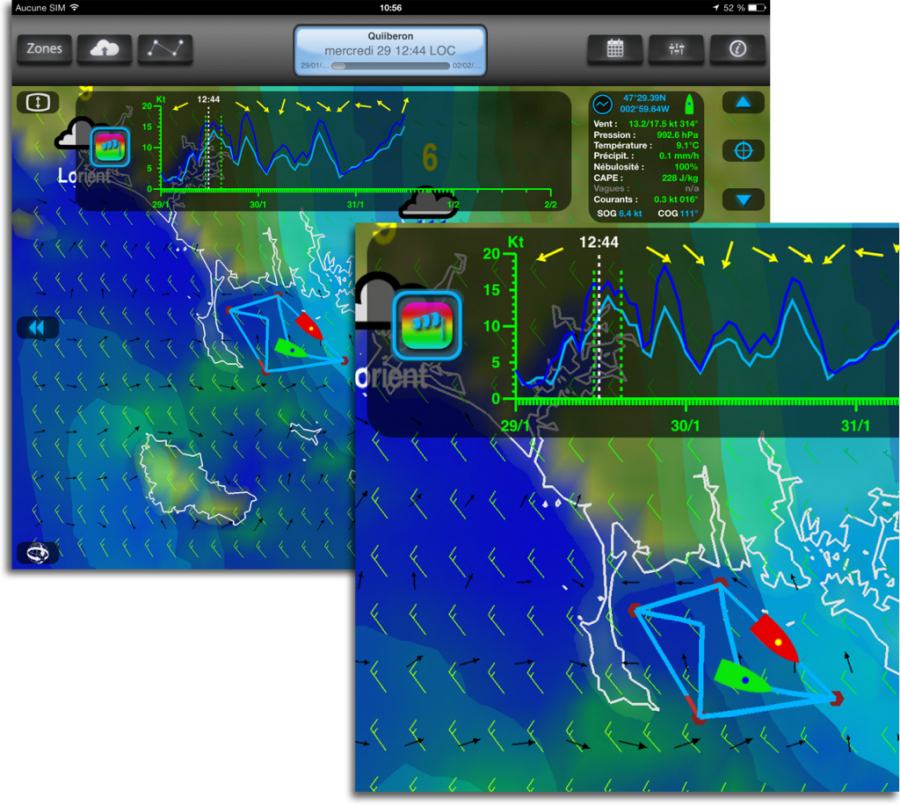 Routing performed in W4D PRO from the imported route

We know from experience that the force of the wind predicted in the GRIB files of the GFS and WRF models is often lower than the observed reality, particularly above 25-30 knots. One method used by meteorologists is to provide wind speeds of the atmospheric pressure surface 925 mb. At an average altitude of this pressure, about 750 meters, the wind is stronger than at ground level due to lower friction. The ground gusts often prove close to the average wind 925 mb. In connection with these data a parameter Gusts »Is now available in the GFS and WRF models, the values ​​of which are used by Weather4D in addition to the wind speed at 10 meters. These gusts values ​​are represented in meteograms text and graphics that are displayed for the activated target (basic version) and the positions of the vessel in the Routes feature (version PRO). 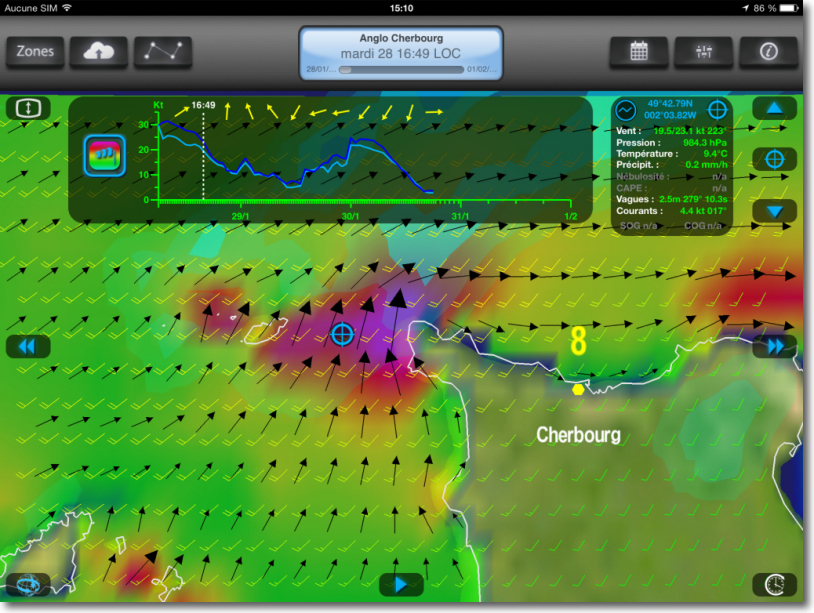 These improvements provide users with a new level of accuracy in the preparation of navigations, regatta as cruise.