I had presented in may 2015 the excellent raster charts NV Charts by the German Publisher NV Verlag. In 2016, the previous cutting in 4 areas for France - Channel and Atlantic coasts - has been split into 8 areas for 49,90$ each. . It is worth noting that each year a new edition replaces the previous, there is no update. 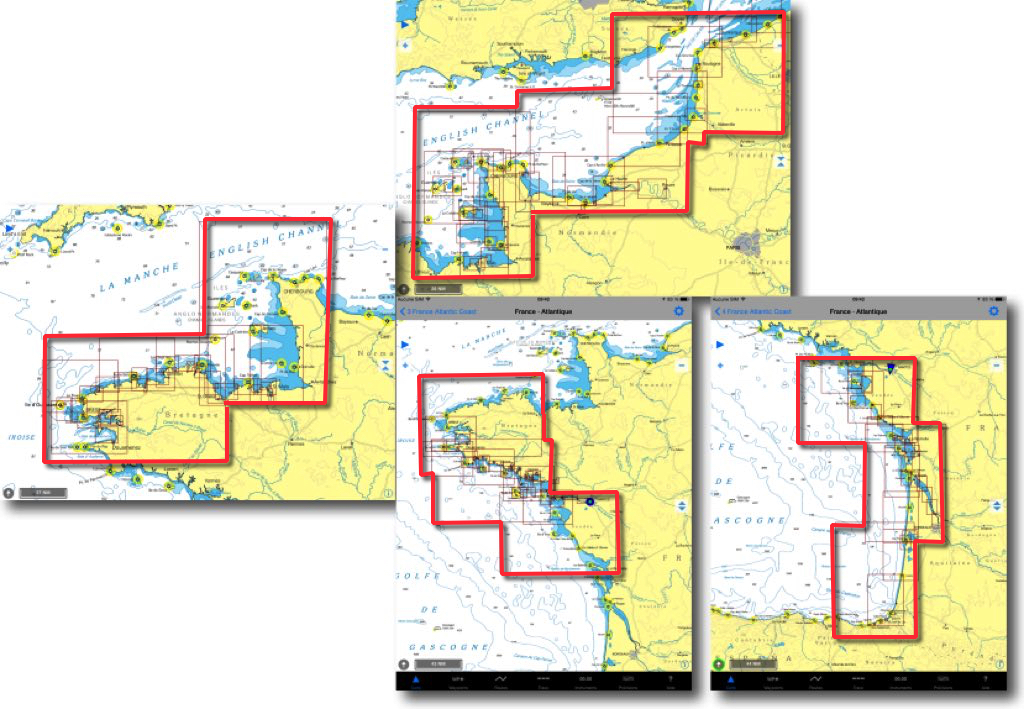 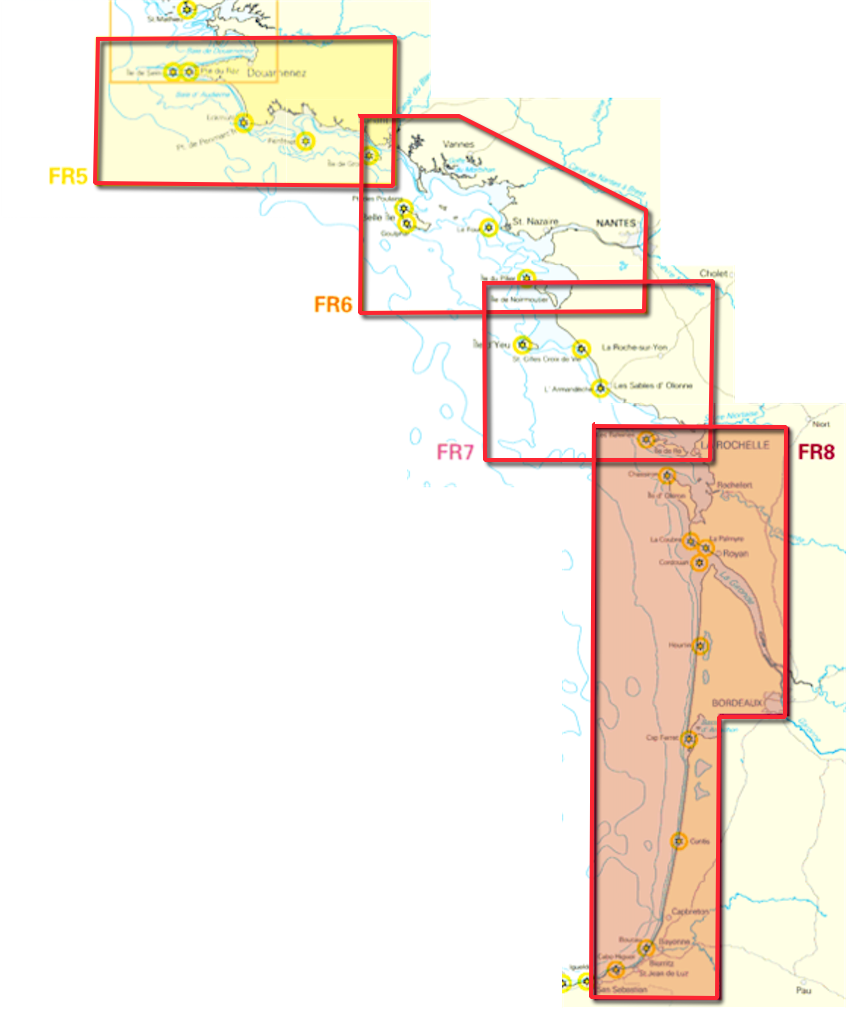 The 8 new areas, FR1 to FR8, have the disadvantage, in iNavX, to switch the chart when moving from one area to the other, It is not really easy to create a route or plot a track, Despite the presence of a general small-scale France Atlantique chart.

In addition, in its current version (5.0.5), iNavX has still not handed over in place buttons [+] and [–] to change the scale by selection of higher or lower levels. A gap that makes this charting for now difficult to use . The bug has been reported several times. It's frankly unfortunate for this excellent workmanship charting.

In 2017, NV Verlag announced the addition to its Mediterranean charting with 3 new areas covering the coasts of France including Corsica. We can complete with the charts available for Sardinia, Italy, Balearic Islands.

If the versions of 2015 were compatible and usable with iNavX and also GPSNavX and MacENC, This is no longer the case. At time, These charts for the coasts of France are no longer available for GPSNavX or MacENC on Fugawi/Charts website. It is likely that they return early 2017 since they are already available for applications NV Chart app (iOS, Android, MacOS, Windows) and NV Chart Navigator (Windows).

It is also regrettable that these charts are not displayed in "tiles". , as is the case in iNavX for NOAA charts, and in Weather4D 2.0 for all raster charts available with Geogarage.