We can only observe, for three decades, the phenomenal increase in global maritime commercial traffic, the recent increase in maritime drones, for scientific and various research purposes, automated and remotely submarines civilian, military, and even for traffickers usage, and soon the inevitable coming into service of fully unmanneded merchant ships. This evolution is directly linked to the multiplication of satellites communication and positioning means allowing remote control of mobiles at sea. 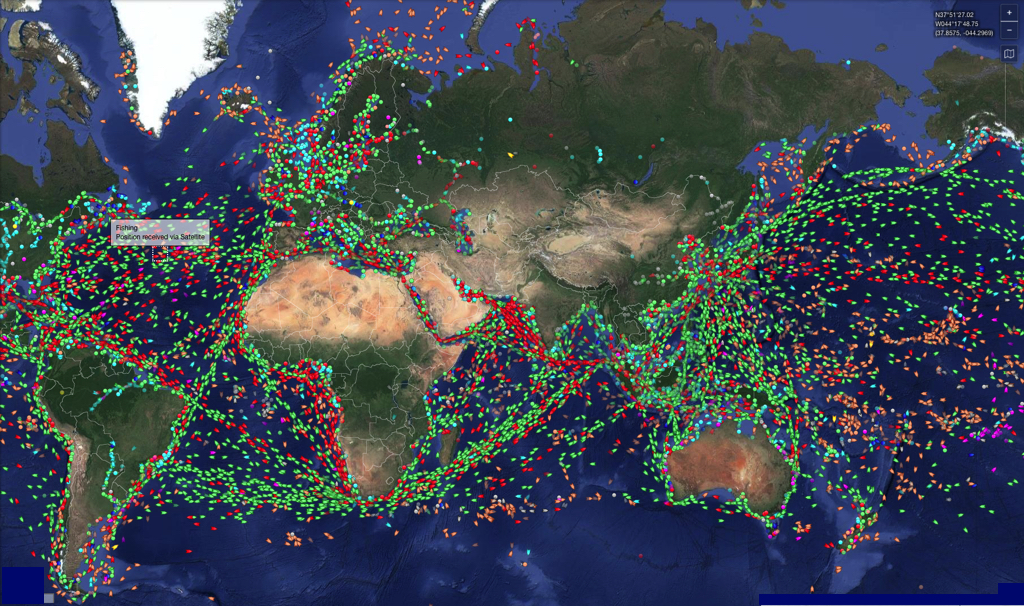 Among the many questions - ethical, social, ecological, political - that it can raise, the most immediate concerns the safety of navigation, for trade as for pleasure. Which more specifically involves the International Regulations for Preventing Collisions at Sea, the COLREGS (¹).

In this regard, I give you an opinion recently formulated by Mr Harry Hirst the 18 April 2020 in the columns of the very serious magazine The Maritime Executive which deals with this particular point (See the sources at the end of the article), from which it is implicit that crews are often poorly trained, and, maybe, unmanned ships might be able to do as well, even better. To meditate…

" Many believe that in the not so distant future, fundamental changes in the way in which ships will be operated will render the current COLREGS unworkable. This is primarily a reference to autonomous ships, but it is also the case that the increasing use of automation and reducing numbers of crew are likely to result in the bridges of crewed ships in the future being unmanned for some time, if not all of the time.

"Considering recent advances in driverless car technology, the idea of ​​trying something similar with ships doesn't seem too far-fetched. After all, the sea has at least one big advantage : there is less traffic than on the roads and the reaction times are generally longer ”. Dr P.C.Sames – DNV GL

It is generally understood that a fully autonomous ship (one with no crew) or any vessel with an unmanned bridge or cockpit (one with no watch-keeper) cannot comply with the COLREGS. This understanding comes from the Rule 5 (²) which requires every vessel to “at all times maintain a proper look-out by sight as well as by hearing…”… and seeing and hearing in this context have always been understood and interpreted as references to the human senses.

It is worth noting however, that this and the other Rules are not directed at humans but at vessels. So, for example, the requirement is for every vessel to maintain a proper look-out, to proceed at a safe speed, and to determine if there is risk of collision, and for the action taken to avoid collision to be large enough to be readily apparent to another vessel observing visually or by radar. Similarly, in restricted visibility, the requirement is for every vessel which hears “apparently forward of her beam the fog signal of another vessel....” … to reduce her speed. 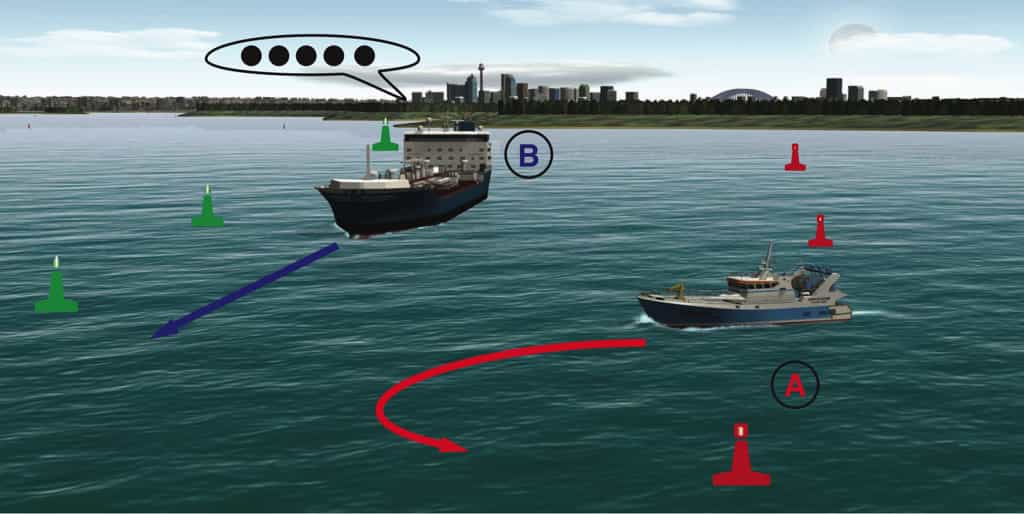 The actions of “seeing” and “hearing” do not have to be limited to their human functions. They could be interpreted more widely so as to include the electronic “eye” (camera) and "ear" (microphone) as well as the human eye and ear. If this wider interpretation were to be adopted, then a fully autonomous ship, or a vessel with an unmanned bridge, which is properly equipped with cameras and microphones should be capable of complying with Rule 5 (²). Indeed, such a vessel may in fact be better equipped for doing so, if we consider, for example, the ability of infra-red and thermal imaging cameras to “see” in the dark and microphones to determine the direction from which a sound is emanating.

Care would be needed to limit the scope of the equipment which can qualify as an electronic “eye” . It could not include radar for example, as the Rule for vessels navigating in, or near, an area of restricted visibility recognizes that a vessel which is not in sight of another vessel may nevertheless detect the presence of that other vessel by radar. A vessel fitted with a thermal imaging camera might similarly be able to detect the presence of another vessel in restricted visibility in circumstances where the human eye could not. The powers of the human eye, however, are well documented, and I believe it should be possible to program the electronic eyes and master computer on an autonomous ship to know when the prevailing visibility calls for the application of Rule 19 (³).

There still remains the issue of seamanship however : how does an autonomous ship, or a ship with an unmanned bridge, know what precautions "… ...may be required by the ordinary practice of seamen?” ? The answer, I believe, will be provided by artificial intelligence (AI). Computers can be programmed to learn (think : Chess, Go game), and it would appear therefore, that the technology may already exist to program a vessel computer to know what the practice of good seamanship requires.

I am not convinced therefore, that the COLREGS necessarily require any amendments to accommodate the fundamental changes in the way that ships will be operated in the future, save perhaps, to include a definition in the Rule 3 (⁴) extending the meaning of the words "by sight", "Visually", "By hearing" and "hears".

The suggestion that new rules must be written now to take into account both manned and unmanned ships, does of course beg the question : Why ? The owners of manned ships have to ensure their vessels comply with the COLREGS, whatever they might think about these Rules, which have been in operation now for over 40 years. Why should it be any different for the owner of an unmanned ship ?

It is also worth remembering that these Rules, whilst worded differently to their predecessors, prescribe the same basic collision avoidance maneuvers. For example, when two power-driven vessels are meeting head-on, for both to alter their courses to starboard. 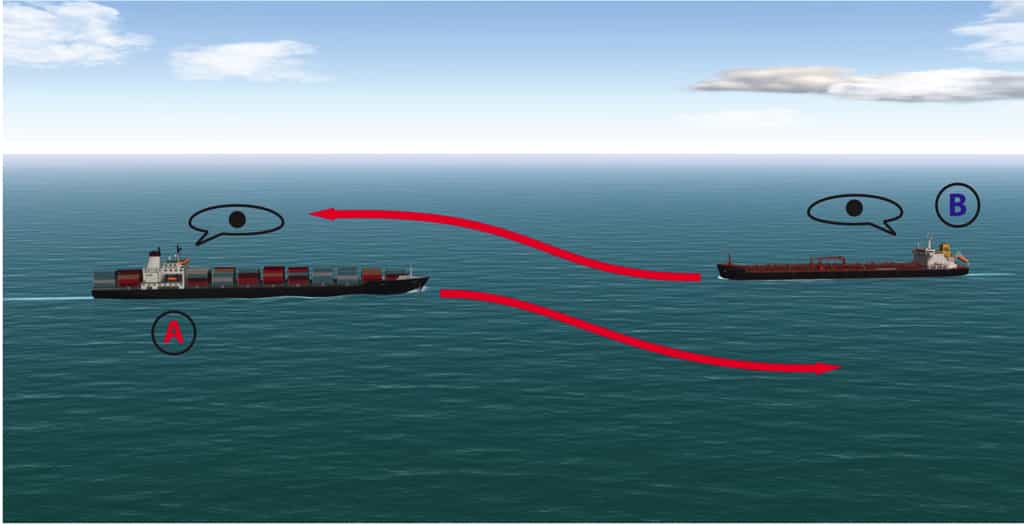 The current Rules have evolved into their present arrangement and wordings through a series of incremental changes and amendments over the years, and as result, their entry into force over the years 1970 was seamless and largely without incident.

Implementing a complete set of new rules, especially new maneuvering rules, or introducing wide ranging amendments to the current Rules, is a potential recipe for disaster. It would also be a time consuming and costly endeavor, being one that will require international agreement and re-training on a global basis. I believe we should proceed cautiously therefore before we seek to totally revise the “rules of the road” for the sea.

The present : collisions are still happening 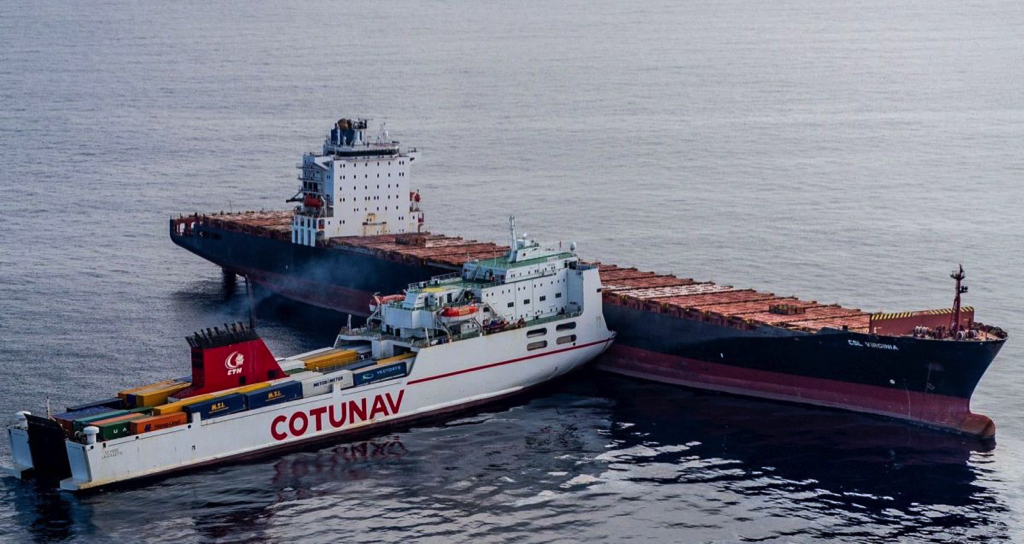 Collision off Cap Corse in October 2018

The rules : lack of proper understanding

The cause of collisions is not the COLREGS but how mariners interpret and (mis-) apply the Rules. Too many mariners today, I feel, do not fully understand the rules and how they should be applied. The causes of most collisions can be classified into two broad categories :

With a proper look-out, the mariner will make “a full appraisal of the situation and of the risk of collision”. Many collisions occur because the mariner fails to do so, and in particular, to properly appraise the risk of collision. This is, This is so notwithstanding the technological advances that have occurred during the last 40 years, and notably the development of AIS and ARPA, which make the job of detecting other vessels and determining their movements much easier today than it was when the COLREGS first came into force.

I question therefore whether mariners are being properly trained in the use and limitations of these “new” navigational aids, and what is meant by "a full appraisal of the situation and of the risk of collision". An all too frequent criticism of the mariner today is that he or she spends too much time looking at the ARPA and ECDIS and not enough time looking out of the bridge windows. Certainly, very few mariners today it seems ever slow down to allow themselves more time to make a full appraisal.

A full appraisal requires a proper understanding of the three most important phrases in the Rules : "Risk of collision", "close quarters situation" and "passing at a safe distance". These phrases are not defined in the COLREGS, and this is not surprising as their meanings will clearly vary with the prevailing circumstances and conditions of every case. Too many mariners do not appear to have a proper understanding of the meaning of these phrases and, I believe, are interpreting them too narrowly. Many mariners, for example, are interpreting “risk of collision” to mean the two vessels will definitely collide if no avoiding action is taken, and believe a few cables is a safe passing distance at sea in open waters in all conditions.

Even when a proper look-out is being maintained, collisions are still occurring because mariners are failing to take the appropriate avoiding action. Action taken to avoid collision should be “positive, made in ample time and with due regard to the observance of good seamanship”. All oo often, the action taken is too little and too late. I question therefore, whether mariners are being properly taught the meaning of “positive” and “in ample time”.

Many mariners also do not understand that the overtaking, and crossing Rules do not apply in restricted visibility when the vessels are not in sight of one another.

No reason to change

That many mariners today appear to lack a proper understanding of the Rules and how they are to be applied is not, in my opinion, reason to change the COLREGS. It might be reason to do so if this lack of understanding arose from the way in which the Rules have been drafted. However, the COLREGS are simply and concisely worded, and the Rules have been logically arranged, and as noted above, the problem is not with the words used in the Rules , but with the meaning of those words

For all these reasons, I believe the COLREGS are still fit for purpose and there is no need for the Rules to be totally revised, whether to accommodate autonomous ships or to reduce the number of collisions. There are going to be some fundamental changes to the ways in which ships will be operated in the future, but these changes will only require a few minor amendments to the COLREGS to ensure the Rules continue to be workable.

If the shipping industry is serious about reducing the number of collisions, it would do better to focus its attention on the way in which mariners are taught the Rules and how to apply them, and not upon the Rules and how they might be changed. "

4 Replies to “RIPAM always adapted to its objective ? [Update]”